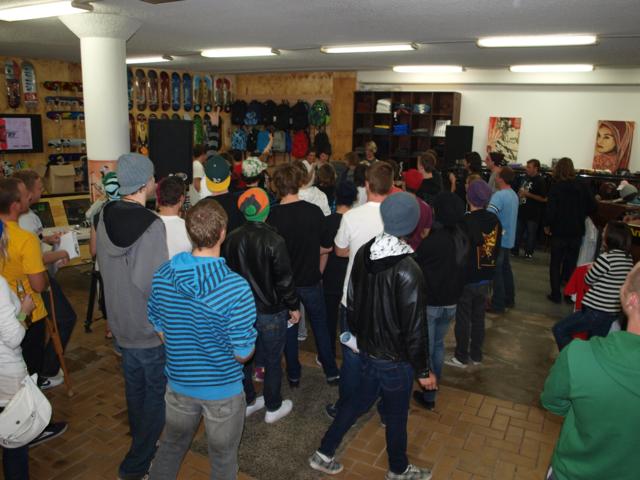 Last night Ballistyx Snowboard and Skate store in Ringwood opened up its doors to snow and skate fans from around Melbourne for a ncie little event to promote their new store, and the new range of YES Snowboards and gear now in stock. 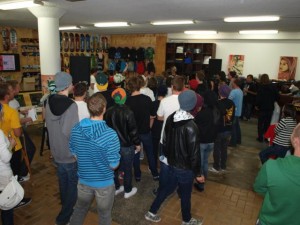 It was great to see the guys form YES Snow and Skate there, including JPS, RDM & DCP-who were all busy either skating the awesome bowl in the middle of the shop, jumping on the band’s drums, or signing some autographs for some greatful fans.

Was a fantastic night put on by Steve and the team from Ballistyx-and we hope the first of many in store events.

One Reply to “YES! Beer, Bands and Boarding at Ballistyx”