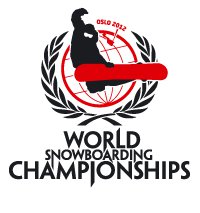 It’s the end of the Northern Hemisphere winter season, and before we turn heads to the south, lets recap the qualifications to the World Snowboarding Championships. It has only been on for a few months, but already 24 riders from 10 nations are qualified. Some by winning TTR 6 star events, some by winning national championships and other by national quota from their WSF federation. The roster is a great mix of established superstars like Peetu Piiroien, Mark McMorris, Jamie Anderson, Kazu Kokubo and Eric Willet, and upcoming talents for all over the world. Not to forget the winner of the WSF Rookie Finals: Emil André Ulsletten.

The global reach of snowboarding is truly documented this early in the qualification process. The riders come from USA, Japan, Russia, South Korea, Finland, Norway, Great Britan, Canada, Czech Republic and Italy. When the qualification is done, 240 riders from 30 countries will be battling out for snowboarding’s most prestigious titles in Oslo, February 2012. This is a powerful demonstration of snowboarding’s global reach, and the winners will be true world champions.

As a reminder, there are 5 ways to qualify: By winning TTR 6 star events, by being TTR top 50 men or Top 30 women after Burton European Open 2012, by receiving a wildcard, by national quota and by being TTR World Tour Champion the last three seasons. All participants must be among TTR Top 500 men and Top 250 Women by the end of Burton European Open 2012. It’s a fair and open rider entry protocol with equal opportunities for all. The wild card portion is under 5% of the starting field.

TTR has created a 52 weeks rollover discipline ranking starting and ending with European Open, that serves as the main qualification tool. It is published both at the TTR website and on www.wsc2012.com/riders . Here you will see the riders that currently have made the cut marked in red. The challengers marked in grey. As the TTR ranking is becoming more and more relevant, it will be a qualification drama peaking at the Burton European Open 2012. Compared to previous years, it now requires solid results to make it into TTR top 50. Yale Cousino, currently holding the 50th position on the slopestyle rank, has only posted 4, 5 and 6 star results. Number 30 on that same ranking, Sven Thorgren, has a 8th place in the 6 star Burton European Open as one of his results.

The ongoing qualification will be a great sports drama, and we expect it will increase rider interest for all upcoming events – and not only 6 star events. Doing good in 5 star events as the New Zealand Open will be crucial for determine your ranking position. All events up till the European Open will count, so don’t miss out on your opportunity to become the true champion of snowboarding!