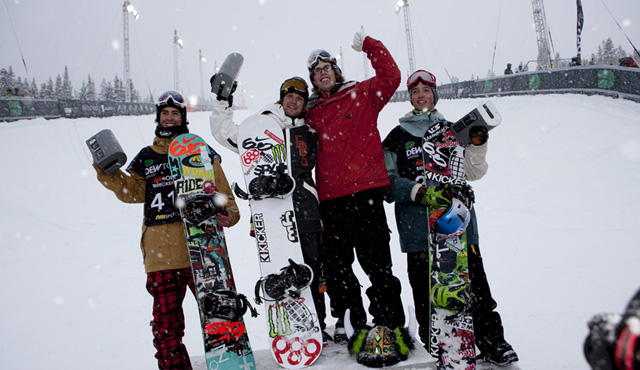 The Winter Dew Tour is happening right now over in Breckenridge, Colorado and among the riders are a couple Aussies shaking things up. First up though the Superpipe results, Louie Vito took first among some tough competition and even tougher conditions, check the video below the snow was puking down the heaviest during Vito’s run!

Aussie shredder Holly Crawford finished first in her Qualifier but 10th in the Prelims with only the top 5 going through to the finals. Nate Johnstone also put it to the competition finishing first in his Qualifier Group but unfortunately placed 21st in the prelims and also missing out on finals action.

Another Aussie riding is Robbie Walker, he made 1st in his slopestyle qualifier (as well, hell yeah Aussies!) and 9th in Prelims putting Robbie into the finals. He is set to be the first rider to run in the finals which kick off on Sunday local time. We’ll keep you posted. Go ROBBIE yeeeww!