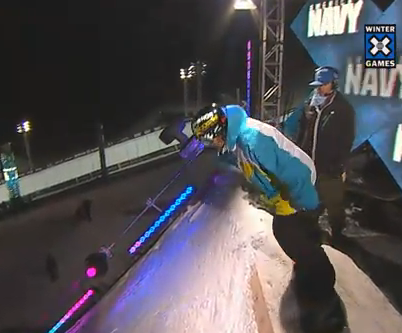 Well earlier in the year we saw Torstein throw the first ever triple cork on film and now we’ve seen it in competition. Winter X Games has been happening all week over in Aspen, CO and Torstein has taken Big Air by sending the triple.

It may not have been as clean as the one we caught on film but he still stomped it to take the win oh so narrowly over Seb Toots by 1 point. Nevertheless for your viewing pleasure, present the first triple throw in competition by Torstein Horgmo: