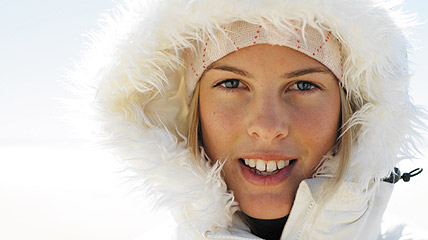 In the largest deal for women in action sports, Olympic gold medalist snowboarder Torah Bright re-signs to Roxy for an unprecedented six-year global partnership that includes sponsorship head-to-toe and expansion of her current Bright Edition collection of snowboard gear for Roxy.

“We’re incredibly proud to have sponsored Torah since she was 13 and at the start of her career,” said Danielle Beck, Vice President of Marketing, Roxy. “She’s a part of the Roxy family and it’s amazing to see all the achievements and successes she’s had. We’re excited to activate next steps with her.”

“I’m so grateful to have had the support of Roxy from the very beginning. I can’t imagine being anywhere else,” said Bright. “Roxy is home.”

Known as the most progressive female rider on the slopes, Torah Bright recently took home the gold in the snowboard halfpipe event at the Vancouver 2010 Games. A globally recognized athlete, she was the first Roxy rider to launch her own signature collection, the Roxy Bright Edition during the 2008/2009 winter. She is also a two-time Winter X Games gold medalist in the snowboard halfpipe.

Bright’s future plans include filming a new snowboard movie, re-entering competitive slopestyle and perfecting her backcountry riding. Bright will also be focusing on expanding her technical skills and advancing her tricks in the halfpipe in anticipation for the 2014 Olympics in Russia where the Australian native will try for her second piece of Olympic gold. Bright will be competing in the upcoming 2011 Winter X Games in Aspen.

For more information on Roxy or Torah Bright, visit www.roxy.com.