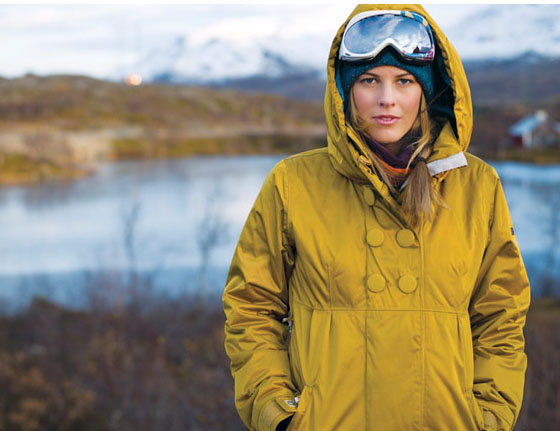 Torah Bright is a name synonymous with snowboarding. Over the past decade this Aussie from Cooma in Victoria has honed her skills on a board to become recognised as one of the most influential snowboarders of our time.

Snowlife caught up with Torah earlier in the year to check out what she has been up to over the past northern winter and her plans for another busy winter ahead.

Q / In previous years we have seen a lot of Torah Bright on the competition circuit, tell us about your competition season that just passed, was it as busy as normal?

My schedule this year was all about qualifying for the 2010 Olympic Games. I opted to compete in selected FIS events to build my points up and get familiar with the judging criteria. This meant I had to bypass some of the traditional snowboarding events I usually compete in.

Q / Your previous wins include the Burton Global Open Champion and TTR World Champion, did you push for these titles again this season? Tell us how much work actually goes into challenging for Champion in these competitions?

My schedule didn’t allow me to challenge for the TTR World Championship. I did however, defend my US Open crown and managed to win the Winter X-Games. These events are very prestigious and attract the best competition and atmosphere which really lifts the quality of performances. That makes winning tough! But for me practice and preparation is key. If you do the work in training then you should have the confidence to nail it when the competition rolls around.

Q / When we talk being a  professional snowboarder, where does competing sit on your list of preferred roles?

I guess I’m a snowboarder first, then a competitor. But what I like about competing is it drives you to be better. It pushes you to develop your snowboarding. I also enjoy the thrill of competing and I know the fans love that competitive aspect of the sport.

Q / This season saw the launch of the Roxy Bright Edition, tell us about that? Has this been your focus for the season just passed? No doubt there was a heavy schedule of promotion?

The Roxy Bright Edition has been in development for the the last 3 years. We launched the range earlier this year and the feedback has been awesome. We did a promotional tour of the East Coast which attracted some great media coverage, it was a lot of fun. The new range is now in development which is exciting.

Q / I saw a quote, that “Torah consistently ignites fashion trends on the slope”. How much do you get involved with the design of the gear you wear? No doubt the Roxy Bright Edition you worked quite a lot on, tell us about that?

Yes, I was involved all the way, from the design to the materials used. Snowboarding is as much a lifestyle, as it is a sport and fashion is a big part of that. I’m on the ground with other snowboarders everyday so I have a good feel of what works with outerwear. I wanted to create something that was comfortable but very Gen Y in colour and flair.

Q / Aside from snowboarding, you also jump on a skateboard every now and then, true? What about surfing?

Yeah I enjoy doing both when I get the chance. Being a snowboarder, I love holidaying in warm places by the beach and surfing is part of that attraction. It’s a very different fitness to snowboarding so that’s the biggest challenge.

Q / What are your plans for the southern hemisphere winter? Will you be in Australia much? Any competing?

I will be returning to Australia in August to start training for next season. I’m still recovering from my recent shoulder surgery so will ease back into training over the next couple of months.

Q / Australian female riders are really beginning to step up and get noticed, who are the girls you see making an impact on the scene at the moment?

Holly Crawford had a really great year this year and will be one to watch at the Vancouver Olympics.

Q / You have no doubt paved the way for Australian girls riding overseas, how do the Aussie girls compare against the worlds best?

I think that Australian snowboarders (male and female) have the ability and tenacity to compete on the world stage for sure.

Q / Word of encouragement for girls wanted to make a career out of snowboarding?

The biggest improvements come when you’re enjoying your snowboarding, so make sure you make fun the number one focus.

Torah would like to thank her sponsors Roxy, Park City Mountain Resort and Go211.com