Your car has broken down and you’re stuck for lift to your local slopes?

Why not Snowpool it? Save some cash and do your bit for the environment.

Carpooling around the world has been an instrumental step towards our ever evolving battle for a sustainable future and addressing our needs for travel. This sustainable approach to our environment is critical to the future of our great alpine regions.

Snowpool.org is a website based service that has surfaced in Australia after many years of success in New Zealand, getting more people to the snow with less traffic in a sustainable way.

Snowlife caught up with Patrick, the founder of snowpool.org, to get an insight into what Snowpool is all about.

Q// First of all, in a few words what is Snowpool?
Snowpool is a simple website aimed at helping people carpool to ski resorts.  Snowpool’s mission is to reduce car volumes and to help people share petrol costs.

Q// Who are the people behind Snowpool?
Well, I had the idea about 5 years ago – and my friends Euan and Darren really pushed me to get things going.  I coded up the website, Euan made the logo and basic design – and Darren put up a rake of poster.  After that it was all just word of mouth. 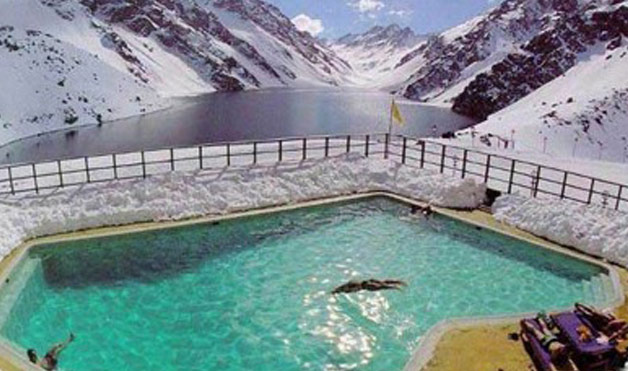 Q// The concept is incredibly useful, where did the idea come from?
The idea came out of a healthy mixture of pure self interest, frustration and awareness that someday oil will run out!.  My car had died, I wanted to get to the snow and I noticed that there were lots of cars with spare seats heading to the resorts.

So I said to my friends Euan and Darren that this was a ridiculous state – that money could be saved, new people meet and obviously less pollution if someone would just make a simple carpooling site. They told me to stop complaining and just go build it!  And so that’s how it started.

Q// Is this happening anywhere else in the Northern Hemisphere?
Well, not in a big way.  There are other carpooling sites – but haven’t seen one which caters to everything yet.  But check back in November 😉 The plan is to have Snowpool up and running for the US and Canada by then.

Q// Its been operational for a number of years in NZ now, has it been successful in your opinion?
Absolutely – but then I’m totally biased.  No, seriously – we have almost 1600 rides listed so far.  So, smallish – but growing year on year.  Every time I see a new listing it gives me a kick – and while it sounds cheesy – I do see each new booking as a success. All of the ski resorts in NZ link to us now and yeah, I definitely think Snowpool has a presence and is here to stay.

Q// You recently crossed the Tasman and launched in Australia, how have the Australian snow public received the site so far?
Well, we’ve had some great feedback on twitter – and a couple of the Australian resorts have started linking to us.   Anyone who hears about the site does seem to think it’s an idea which makes sense – so I’m hopeful the idea will catch on with you too!

Q// What would be the advantages of using Snowpool over the likes of a commercial bus service or similar?
Going on a bus is quite a good idea!  But, if you like the flexibility of driving and also meeting new people then snowpool has some advantages there.  I’ve not looked at the price of a bus ticket – but presumably four people in a car sharing costs should work out cheaper.

Q// How do you see the service expanding in the future?
Now that we’ve set it up for Australia – the plan is to move into the US and Canada.  Also some really tailored promotions for local venues / products.  Like, just where is the best place to get a pie on the way home? 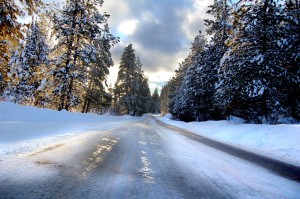 Q// It seems like Snowpool.org will start a strong community of snowgoer’s, is this something that you intend to focus on and promote to build a safe service?
The community aspect is one that I do want to build.  There’s a basic FaceBook group and Twitter – and hopefully next year I will try to plug that in a little more.  However, it’s really people’s own responsibility to give the driver a phone call and make a decision as to whether they’ll be a groovy and safe person to drive a few hundred kilometers with.  Snowpool just facilitates a connection between a driver and potential passengers.

Q// The environment is a focus of Snowpool as noted in you slogan ‘Share Rides to Save the Planet’, can you elaborate on what you hope to achieve from an environmental perspective?
Snowpool aims to create a situation where there are less cars driving to resorts.  Less cars means less petrol used, which means less carbon emitted, which means happier days.

Q// Snowpool is a free service for both drivers and passengers, what’s the first step for new users to your site?
Well, if you’re a driver – click on ‘carpool’ and add your listing.  If you’re a passenger – look at the calendar and hope that there’s a car going that day!  After that, tell your friends and spread the word.

Q// Thanks Patrick, any parting words for our readers?
Check out www.snowpool.org and let us know what you think.

2 Replies to “Snowpool.org: Catching up with founder Patrick Davey”