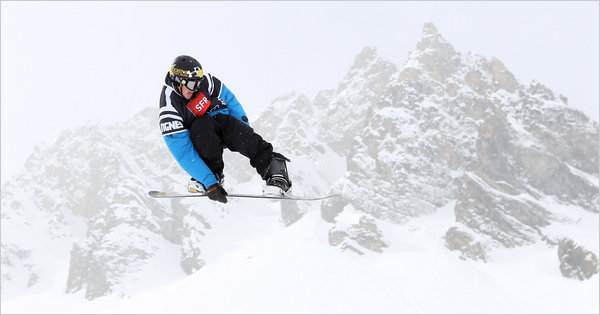 When snowboarding made its Olympic debut at the 1998 Nagano Games, Terje Haakonsen, a leading halfpipe competitor at the time, boycotted the qualifying in protest.
Now, with the International Olympic Committee considering another snowboarding discipline for the 2014 Sochi Games, Haakonsen has helped revive the debate for a new generation of competitors.
At the United States Open Snowboarding Championships, taking place in Stratton, Vt., about 50 of the world’s top riders met Thursday to discuss creating a union to deal, in part, with how Olympic qualifying should be handled.
Such a union would be a first for snowboarding, riders said. Competitors on the Association of Surfing Professionals world tour belong to a union, but attempts to create a union for summer action sports like skateboarding, BMX and motocross have failed to attract a majority of athletes.
As the International Olympic Committee considers adding snowboarding slopestyle — in which riders perform maneuvers on a course filled with obstacles and jumps in a setup similar to a ski resort terrain park — the athletes want to put the brakes on what they say has become an increasingly crowded competition schedule.