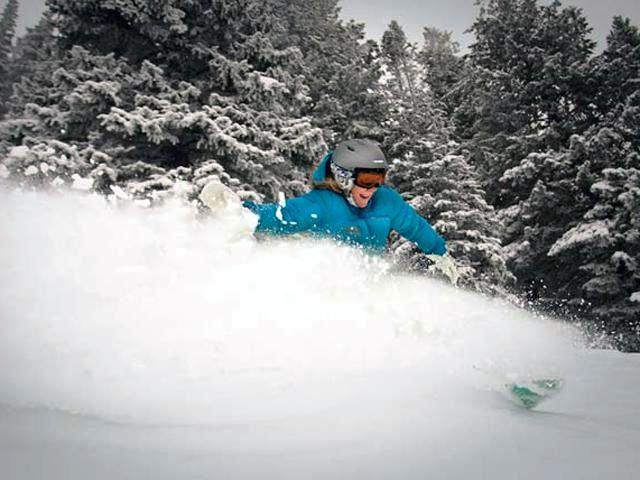 ASPEN, Colo. — Snowmass police ticketed an Aspen Skiing Co. employee for reckless snowboarding Saturday, accusing the man of crashing into a 7-year-old boy while riding on a work break.

The injured boy, who was visiting from Brazil, was taken by ambulance to Aspen Valley Hospital, police told the Aspen Daily News. Information about the child’s condition was not released.

The resort employee, Travis Lee Luffman, 22, of Woody Creek, was cited for “breach of skier duties,” a petty offense that is a violation of the Colorado Ski Safety Act, police said. He faces up to a $1,000 fine.

The incident occurred around 2:15 p.m. Saturday on the busy Green Cabin run at Snowmass ski resort. The victim’s family was videotaping the boy on the slope and captured the whole thing, police Officer Franz Zedlacher told the newspaper.

Luffman, who was in his work uniform, had jumped into the air and landed just before he collided from behind with the boy, Zedlacher told the Daily News.

“It was very blatant,” said Zedlacher, adding that police reviewed the video. Luffman “clearly failed” to ride in a responsible manner, he said.

There have been multiple injuries and deaths across area mountains this season resulting from skiing and snowboarding crashes, either with other people or objects on the hill.

On Friday, 73-year-old James E. Juckett of Bath, Pa., died after colliding with another skier at Snowmass Ski Mountain.

“It’s been a disheartening year,” Zedlacher told the newspaper. “Obviously we urge the public to ski with caution.”