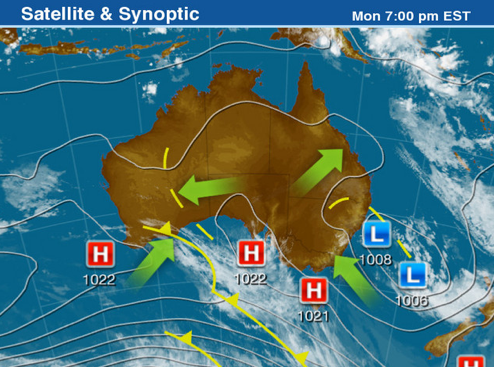 With under 2 weeks til season 2010 officially kicks you might be wondering where the white stuff is. Old man winter seems to be missing his own show. But don’t take my word on it, here is what seasoned snow forecaster Pete ‘The Frog’ Taylor of Snowatch reported:

With the east coast low moving away from the coast early this week we should see come clear weather and there may be a chance to make some snow at times.

Some light snow/sleet it possible on the 5th-6th but nothing to get excited about.

Large high pressure systems are dominating the southern hemisphere meaning that most cold fronts are being forced south under the mainland (which is normal for this time of year). We won’t see any decent snowfalls until these start to weaken which doesn’t look to be until around the third week of June.

We could see some light snow around the 11th-12th if the high above weakens slightly but nothing significant.

Mid June could see some light snow around the 14-15th. Although a long way away the 19th-21st looks interesting with possible moderate snowfalls with more follow up snow in the last week of June.

One Reply to “Weekly Snow Forecast with Snowatch”