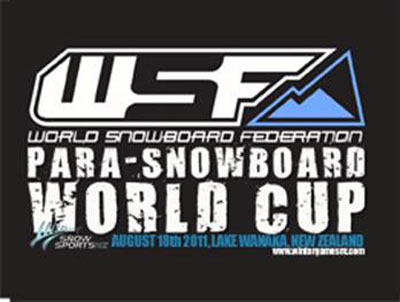 We are excited to welcome riders from around the world to the 100% Pure New Zealand Winter Games and the 2011 WSF Para-Snowboard World Cup Event which are held from the 16 – 18 August 2011 at Cardrona Alpine Resort in Lake Wanaka, New Zealand.

The Nations Cup is being hosted by Cardrona Alpine Resort and Snow Sports NZ, with the 2011 WSF Para-Snowboard World Cup Event hosted as part of Winter Games NZ with Snow Sports NZ. This pre-information will be succeeded with a full information event pack in the near future.

This is a unique opportunity to come to New Zealand to train during the Northern Hemisphere Summer, experience our small but great ski resorts, and compete in two events, including a World Cup.

Winter Games NZ is one of the world’s most exciting new events combining snow and ice sports, international elite competition and social festivities. The Games will run from the 13 – 28 August in various locations throughout Otago and Canterbury in New Zealand’s South Island. www.wintergamesnz.com

Event information
The dates of 100% Pure New Zealand Winter Games is from 13 – 28 August 2011.
The Par-Snowboard cross event days are: