The winning entry in Coca-Cola’s Tube My Ride is a clever clip sending up the Terminator with shredding goodness. Congrats to Luke Mallinson who submitted ‘The Shredinator’ featuring Keiran Clarke and Jae Haydan.

The second annual Coca-Cola Tube My Ride (TMR) event saw budding filmmakers submit edited video clips of them and/or their mates skiing or snowboarding in Perisher’s PlayStation Slopestyle Park. The clips were then uploaded onto YouTube and the TMR webpage by 15 August and voted on by the public to see who would take the $5,000, winner takes all, prize that’s was up for grabs. Voting closed 30 August at 5:00pm.

Over 3,500 votes were registered and so far there have been 20,411 YouTube views of the eleven slick clips submitted which is quite amazing.

In a very tight battle, the winner was “The Shredinator” a very clever clip with an Arnold Schwarzenegger “Terminator” theme, submitted by Luke Mallinson and featuring his mates Keiran Clarke and Jae Haydan.

“The Coca-Cola TMR event has been an outstanding success due to the very high quality entries received. We have been able to conduct an event, showcasing skills and creativity in a competitive environment without impacting on the resort’s resources or guest experiences, that attracted over 20,000 viewers, that’s a great result,” said Neil Thew Manager PR & Business Development.

“No other snow event anywhere in Australia would get that many “spectators,” so for event partners Coca-Cola and Perisher, we couldn’t be happier,” continued Mr. Thew.

“It has been fantastic to see competitors submit entries with flare, ingenuity and style,” said Richard Job, NSW Business Manager Coca-Cola Amatil. “We want to develop and nurture kids developing their skills not only on the snow, but also to continue their connection with the snow environment after they have gone home; the TMR event allows this,” concluded Mr Job.

The 2011 TMR event will be tweaked again, with thoughts of expanding the playing field to include a “Day at Perisher” clip with not only peer judging, but also a guest ‘judges pick’ prize. 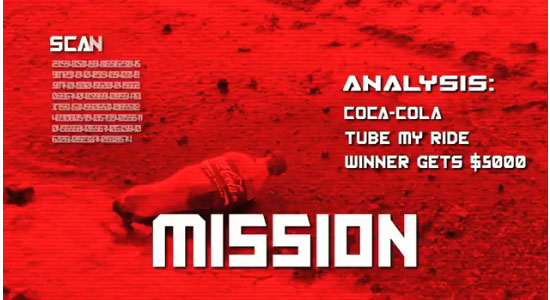