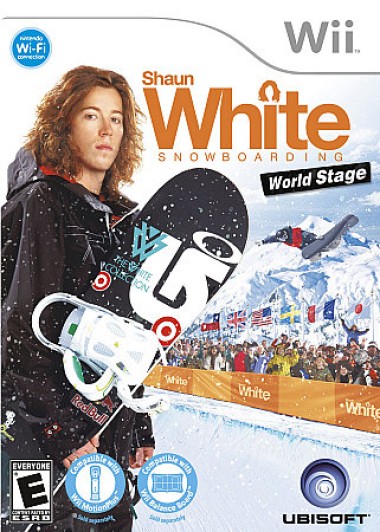 It is like its predecessor and there are only few things that can distinguish the new version from the old one. Landing a twisting, winding your way down a mountain and twirling leap are so familiar. But still one can say that World Stage is a snowboarding game that is made well and is able to thrill new comers.

A good thing about the game is that the controls in World Stage were not changed. With the help of a Wii Remote it won’t be a difficult task for you to glide down the mountains, spring breathlessly into the air, as well as weave seamlessly around corners. Apart from using such buttons as A and B with the help of which you are able to control your speed as well as tweak your trick, you can also perform every move in case you make use of motion controls.

If you think that it quite ridiculous to control a snowboarder with your hands, World Stage provides you with the opportunity to use the balance board. In the case you have to use a Wii Remote in order to tweak your trick set in the air, other action are controlled with your feet.

World Stage is divided into different courses that are located all over the world. You will start as a snowboarder that takes the 100th rank. But you will be able to climb the rankings in case you demonstrate unparalleled speed during races or score points in trick competitions.

Despite the fact that you are provided with a range of objectives, each competition is divided into a race or trick run. Take into consideration that the highlight of the game is trick portions.

You will spend a great time when playing the game. You can even play World Stage with your friend.