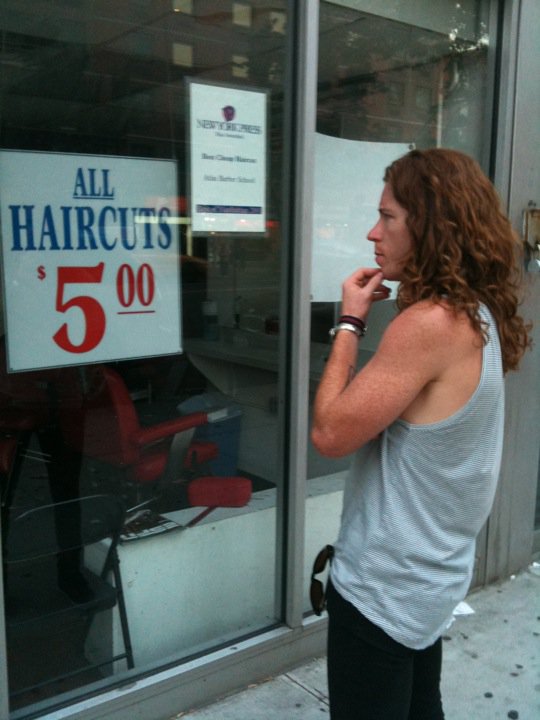 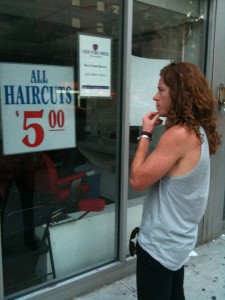 Those comments reflected the general feeling about a picture on Shaun White’s Facebook page that show the redheaded snowboarding star staring whimsically at a sign in a barber shop window that says, “All Haircuts, $5.00.”

“I I don’t know …. Is it time?” reads the caption underneath the picture, added to the snowboarder’s page on Monday.

Sheer lunacy, insist most of the 3,500 people who have responded to the two-time Olympic gold medalist’s idea.

Others tell him to take it slow — maybe an inch or two at a time — while a few suggested he cut his hair and donate it to cancer patients. If he does go for the cut, he’ll get his $5 worth. His locks now extend down around his shoulder blades.

White, of course, would be nothing without his daring moves on the halfpipe and the skateboard ramp. His performances there have helped him transcend the action-sports world and become one of America’s hottest-selling stars.

The red hair, however, has also played into his fame.

The long and short of it: Well, one fan suggests, “Cut it and see who your true fans are.”

One Reply to “Shaun White Haircut?”