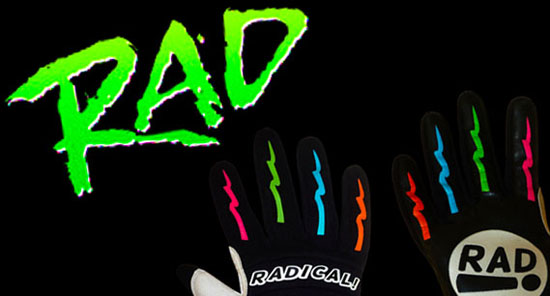 Want to get Radical this season? You can try throw some hits in the park, you can party harder than most and you can even rock a sweet 80’s one piece on the hill. Or, you can get some affordable steeze with Radical! Gloves.

Last season we caught up Jeremy Burns from Radical! Gloves, a local brand making a sweet park glove at a killer price (check the interview here). Well it’s now year two for this Rad company and after an amazing inaugural year, Snowlife dropped a line to check what’s been happening and what is new for 2010.

SL / How was last year (the inaugural year) for Radical! Gloves? Things went really well last year. In our half hour launch party, we managed to sell over 80 pairs of Spring Break Gloves. The gloves proved to be extremely popular amongst the resorts throughout the season. We got some good feedback too which will help in improving our products for the future.

Everyone was extremely supportive last season. Retailers, Customers, Riders, Friends, Family, Filmers, Photogs.. Without all of those people involved, it would have been a different story. Thank you to everyone who got RAD! in 09′

SL / What has been keeping you busy over the summer? Organising new products, advertising and of course fun shreds overseas kept us pretty flat out. Last seasons preparation was pretty rushed. We wanted to make sure that we did it right this year and got everything sorted nice and early.

SL / There is a new glove for season 2010, tell us about it? We’ve got a RAD! new glove called the Sparky Glove. It’s amazing! The Sparky Glove is available in 3 sizes and is $49.95 RRP. It’s a high end pipe glove that is a huge step up from our last glove. They’re Black with our Radical! Lightning Bolts on the fingers so you can shock your pals.. These puppies are warmer and more waterproof. They can rival the best on the market for sure. Do yourself a favour and grab a pair for this winter!

SL / Expanding the ranges too, what’s the low down on the Tall Tees? Yeah, Tall Tees are products that a few people do. Not like this though. Basically we’ve done a limited edition run of them. There’s 100 of them out there, but there’s only 4 of each that are the same. They are designed specifically for the shred and to add some flavour to whatever you like to ride in. They’re a slim, long fit that can be adjusted to the fit you want with a little washing and drying. Very different to your traditional tall tee, our Tall Shred-Tees are already proving popular and selling like crazy. 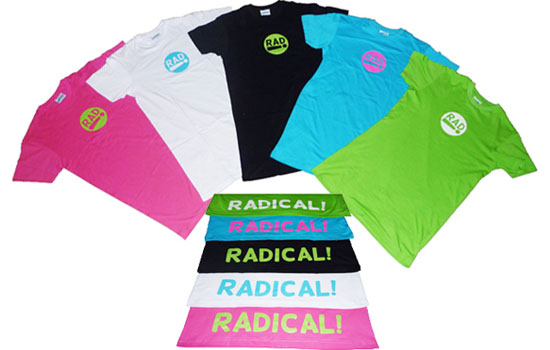 SL / What is going to be most Radical about season 2010? We’ve got a few kids who are really coming through in the Aussie Snowboard Industry. We are working closely with OLLIEPOP FILMS and MATT HULL PHOTOGRAPHY so we will have regular updates of what our RAD! Shreds are up to, as well as some photos and vids. Keep an eye out!

SL / Any social events, product nights, riding events where Radical! will be a part of? We have got a couple of things in the works for this season, including the Sandbox Premiere of ‘NOW YOU KNOW’ in Falls Creek, presented by Radical! Gloves.

You will also see us at the SIA Trade Show in October!

SL / Anything else? Radical! Gloves has still got a lot of growing to do. This season we’ve got 3 products. Over the next few seasons we’re going to gradually introduce some new, fresh products all with Affordability in mind. By supporting us during season 2010, you’ll be helping us to bring you the new RADICAL! Gloves for season 2011 and beyond!

Join our Facebook group to receive any updates on products and events, and keep an eye out for other RAD! News on our website. www.radicalgloves.com