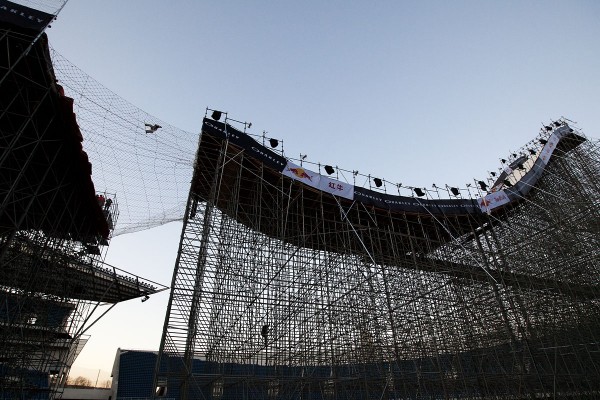 We’re less than two days away from the start of the biggest snowboard contest ever to be held in China—the 6 star TTR Oakley & Shaun White Air & Style. The roster is an international list of heavies including Peetu, Mikkel, Lago, Halldor, Seb, Wiig, and more. Today, riders got the first look at the jump located in the sold-out 10,000 person Olympic Sports Stadium in downtown Beijing. The wind was howling, so practice was put off until tomorrow, but that didn’t keep Scotty Lago from jogging up the switchback staircase and taking a mellow guinea pig at it … and then another. A little more work on the lip and this thing is good to go for Friday’s practice. 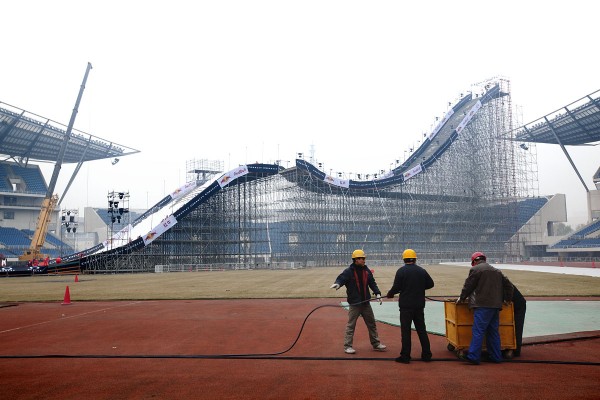