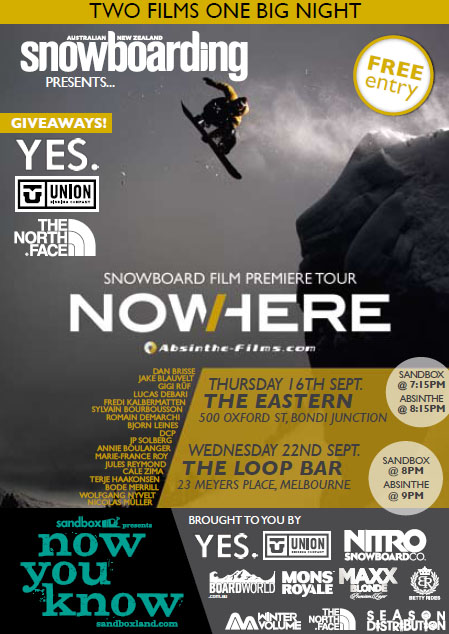 Premier season is certainly in full swing and this one is definitely one night not to be missed. 2 huge premiers in one night and all for free! Absinthe films Nowhere and Sandbox’s Now You Know will be showing on the same night in both Bondi and Melbourne. Check out the flyer for full details.

Also on the vid front, the Yes Snowboard crew are filming for an upcoming release and plan to film an Aussie part next year so we look forward to the crew making their way back to Aus in May/June. More to come.