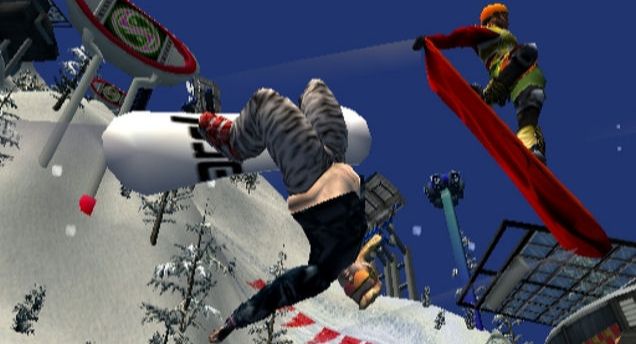 “SSX is a fabulous piece of intellectual property. You never say never, but there’s nothing to say right now,” Moore claimed in a recent interview.

Made to answer a reader’s question on whether any potential sequel would be more like SSX 3 or SSX On Tour he answered: “Well, everybody talks about Tricky.

I think we’d have to look at how you bring back SSX’s snowboarding mechanic and make it relevant.” “It’s been a number of years, some people may not even have played an SSX game.

“You’ve got to look at the current marketplace and Shaun White coming back again,” said Moore – apparently unaware that the new Shaun White game was about skateboarding.

SSX On Tour was not actually the last in the series, but the fact that nobody ever seems to have heard of SSX Blur on the Wii is probably one of the main reasons why the series hasn’t had another sequel since.

Certainly if Peter Moore is talking about the games in this kind of way and there aren’t even the vaguest of plans for a revamp that means there’s probably not going to be any more for a good two or three years yet.

One Reply to “No revival planned for SSX Snowboarding”