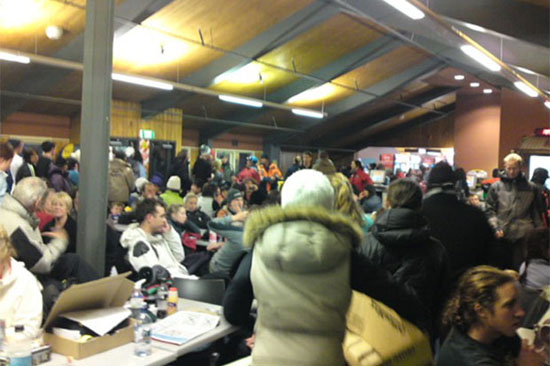 Wow, this is pretty unlucky – 1200 boarders and skiers were forced to spend the night in 2 cafes at Mt Hutt in NZ after gale force winds closed the roads before everyone had a chance to leave!

Such was the drama, one sleepover guest described it as ‘Chaos on a stick’ – not entirely sure what he means though. Although they were looked after and fed by the good people of Mt Hutt and they have managed to make it off the mountain this morning.

Check out the full article in the New Zealand Herald

2 Replies to “Mt Hutt Sleepover – Chaos on a stick”