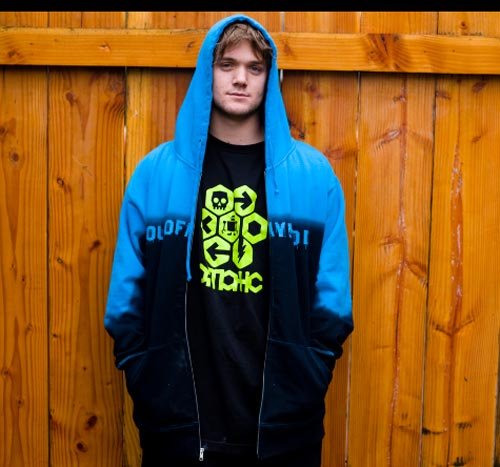 He’s been ripping the international pipe scene for quite a while now and even turning heads in the back country. A solid force on the competition circuit and generally all round nice guy. He is Louie Vito and this is the Snowlife Louie Vito Interview.

Louie has always enjoyed his time he has spent in Australia and he has seen some success down under. We thought we’d catch up with him to see what he has been up to, how his last season was, just when will Oz be seeing this pipe ripper again and generally whats up!

Q / Tell me about where you grew up, the snowboard culture and the accessibility of resorts?

I grew up in Ohio, which isn’t known for their mountains.  It was about a 300 vertical feet and was only about 5 minutes from my house.  There wasn’t really a park there for the majority of the time I grew up riding.  Snowboarding in Ohio was also kind of slow, no big names were from Ohio, no big mountains for teams to come ride, the only thing that really kept you in the loop was if you subscribed to snowboard magazines.

Q / At what age did you decide you wanted to focus heavily on your snowboarding, or was it more of a natural progression?

I started to get real into it when I hit middle school.  Then in 8th grade I went to Stratton Mountain School in Vermont, which is a snowboard school where you got to travel and ride in the morning and go to school in the afternoon.

Q / Young riders are more and more finding that unique balance of a professional career and schooling, tell me about Stratton Mountain School and how they helped your career?

Well to please my mom Stratton had to have good schooling, which it ended up being better than my school in Ohio.  My mom made a deal with me if I went I had to take Latin, which I ended up taking for 4 years.  They allow you to travel and the teachers helped you stay caught up when you got back by working with you whenever you were free even if it was at night.  Plus they had a good coaching staff and everyone there was pretty much there for the same reason so I had a good crew of people to ride with that pushed me and was super fun to ride with at the same time.

Q / You have reached quite a technical level of riding at such a young age, what do you feel has been your biggest contributing factor to the development of your riding?

Well it may sound weird but I use to do gymnastics when I was younger, even though the whole uniform thing wasn’t really my style.  But it did help with my air awareness.  Also I always had fun riding with different crews of people.  At Stratton we had a lot of ill riders which helped, the coaches, and I use to go to Windell’s every summer.  I just was always down to go try a new trick.

Q / What does a regular day consist of for Louie Vito? When you’re not competing do you have a fairly tight training regime?

When I’m not at a contest I am always trying to film or just cruise a resort somewhere.  Once you start competing in the season, it’s hard to find time just to ride and learn stuff and cruise.  So that is always crucial to do especially to keep the winter fun.  Filming has been hard because you may only have a week in-between contests and to find a crew that isn’t full or find good snow can be hard.

Q / Three-part question: Is Louie Vito a single man? Do you abuse your snowboarding career in the pursuit of girls? And how do girls/girlfriends cope with your lifestyle?

Haha.  I keep it mellow, I never really do.  I have had some friends who pull that card for me, but I feel dumb saying it.  I mean do they really care if you do or don’t?

A lot of the girls I have tried to chill with are cool at the beginning but have a hard time understanding that I needed to be somewhere else the night before.  I can’t plan to be with them in advance because I never know what I am doing like the next day.

Q / Any upcoming video parts we should look out for?

I tried to film a bit with MFM/FODT’s Hard 2 Earn.

Q / You have had some amazing success here in Australia as well as New Zealand, how do you find competing on this side of the world?

I love it down there.  NZ is where everyone goes but not too many people think of snowboarding in OZ.  Every time I go down there I chill on Dingo’s program for a lil, then go to the mountains and ride.  Its pretty laid back there and there is some sick Aussie riders and are super fun to ride with.

Q / What are your overall impressions of the snowboard scene in Australia?

I like riding down there.  Mellow scene and I have had good luck with some nice weather too.

Like I said earlier I have a hard time knowing what I am doing tomorrow, but every year I try to make it down there.  Sometimes I do sometimes I don’t but it is always a goal of mine to make a stop over there.

Q / Your a big Scarface fan, does Tony Montana inspire you to ride harder? Do you see a similarity in yourself and Tony’s determination to succeed?

TM always wanted to be the biggest and best, so in that case yes, but then again when something got in his way he just took care of it, ha, I just try to keep pushing myself.

Q / Tell me about the challenges of being a young professional snowboarder? Is it hard to resist the party life?

The only real challenge I think of being a teen snowboarder is making the right choices.  It’s so easy to get off track or get caught up.  You gotta remember where you came from and who/what helped you get there.  The party life is always good, but you also gotta remember there is a time and place for all that and make the right choices cause it’s pretty easy to blow that all away. ha.

Q / Does owning your own home become too much of a chore? Surely after a trip the last thing you want to do is clean?

OF COURSE!!!  When I get to my house it looks like a tornado went through there.  A lot of times I just throw everything out of my bag and throw in different stuff that equals out to a pile of clothes.  But I do try when I am home for a lil time to clean up just to blow my house up again after my next trip.

Q / Has your professional career helped you develop as a person?

FOR SURE.  I have gotten to see so many different places, meet a bunch of different people, and I had to grow up a lil bit faster than normal.  Travelling at a young age makes you rely on yourself a lot more because you don’t have someone helping you out 24/7.

Q / Through out your teenage years and even today you get involved with a lot of charity work, tell me about the Louie Vito Rail Jam?

I have been doing this rail jam at my home mountain for like 4 years now.  I just wanted to do a contest for the kids from my area and have a sick set up so everyone has something fun to ride.  Instead of it costing money to enter it’s just a canned food or paper product to enter.  Snowboarding is expensive as it is, I wanted something easy for people to do to get in yet help out at the same time.  EVERYONE can afford my contest even if you don’t have any money.  ALL my sponsors help out and we give prizes for 1,2,3 in each age group.  Then we do a last man standing raffle where I give away a free session to Windell’s Snowboard Camp and I take care of the airline ticket to get them there.  Kicker Car Audio has also given away a car stereo system that we do as a raffle so parents and people who dont even compete can enter.  All the money from that is donated too.  I wanted to give back to the community that got me to where I am and hook up the local kids with a bunch of gear.

Q / Your hometown still quite important to you?

Q / How is the outlook for the next couple years?

Gonna try to do the Olympic thing and keep trying to film and get out in the back country a bit more.  Just keep having fun and progressing.

Q / Thanks Louie, any last words?

Not really but thanks for lettin’ me do this and thanks to everyone who is reading this. ha