The last 12 months have been a busy time for snowboarding and snowboarders, none particularly more so than Louie Vito. We last spoke with Louie a little over a year ago when he was coming off a successful competitive season. Since then, Louie has truly kept himself busy not only in snowboarding itself, but in raising the profile of all snowboarders and snowboarding worldwide.

We caught up with Louie to get the low down on his past 12 months and what’s to come for 2011.

So much has happened in the life of Louie since we last spoke I barely know where to begin. In 5 words or less, describe your last 12 months? Crazy busy…

The Olympics, such a huge event for snowboarding, how did you find the whole experience? We’re you happy with your riding? I was hyped to make the Olympics.  It has always been a dream of mine growin up to go for any sport.  I was stoked on my ridin, i mean i landed a run when it counted and a run I liked.  I didnt end up where I wanted to but now I am more driven than ever for the next one.

You said you didn’t feel nervous, did you treat it much like any other contest?
Yes I tried to.  Block out all the people and do what you know how to do. 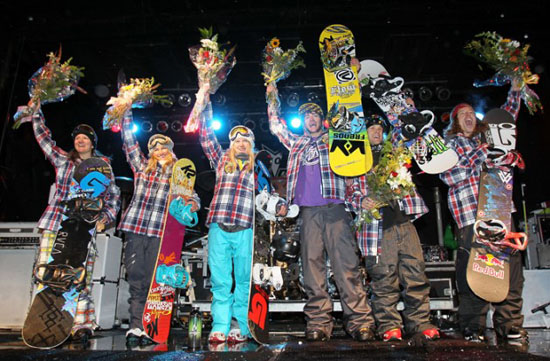 Outside of the snowboarding, what was your favourite part in being involved with the Olympics? Get to watch many other events? I watched mad hockey games and the board cross.  The best part was just the whole experience.  Doin opening ceremonies and just being apart of Team USA.  You could never express into words how the Olympic experience was like.

Nothing slowed down after the Olympics and you were straight back on the podium with a 3rd in Euro X Games and a 2nd in the US Open. Was there much post-Olympic wash-up going on or season as usual? How did the rest of your competition season go? The rest of the contests went well.  I added some new stuff and just tried to keep the season rolling.  No podium at the Olympics made me want to end the season well. 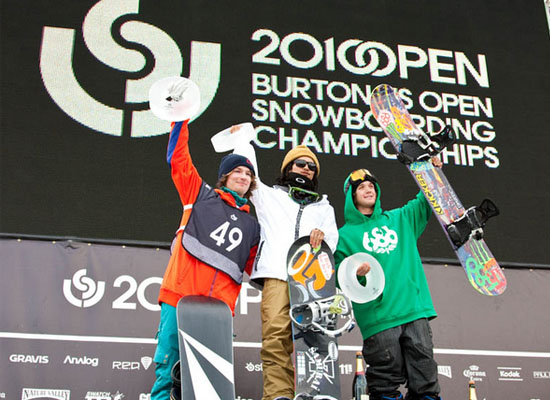 Triple Corks, we’ve seen Torstein come out with one, what’s your take on them in the pipe? I mean I am sure someone will do one but I wanna get all the dubs first and try to add some different style and stuff to them.  You wanna be different than everyone else.

Dancing With The Stars, that must have been an experience! We’ve seen people reject the invitation in the past, what made you want to be a part of it? No one in snowboarding that I know has had an invite but it definitely takes some balls to do that.  Yea it is WAY different than snowboarding but just going out there every week, wearing clothes I would never wear on Halloween, do a dance you have lil confidence in, live audience, live judges, spotlight and 22million people at home watching, now that is some nerves. I think it was a cool experience.  I got to do something I would NEVER think of doing if it wasnt for the show.  Its good to get out of your comfort zone and do something completely new. 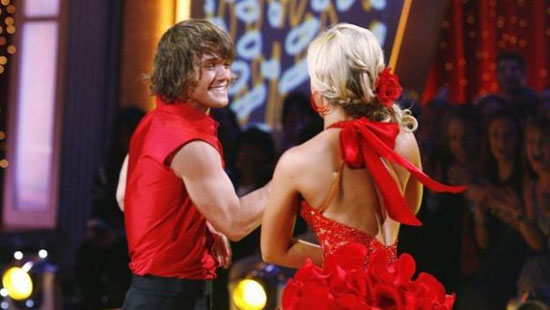 How did you find managing your professional snowboarding commitments whilst maintaining what I would imagine a pretty full-on schedule with Dancing With The Stars? Luckily it was on the off season.  I tried to stay on an injury prevention program for the winter but Dancing is a pretty good workout so I just did some shoots here and there but mostly I was just doing the show and got to take some focus OFF of snowboarding.  I rode in Hood and NZ and got everything done and dialed before the show.

“I’m going to save these luscious locks”, so stoked to hear your response to the criticism against your hair, how frustrating was that? It became a talking point for a while there. I still say I think they wanted me off WAY earlier.  I am so different than anyone they have had on the show. You wanted a snowboarder, you are going to get a snowboarder.

How are things going with Omatic Snowboards? Any news you want to drop? Still running my O-Matic Celebrity Series snowboard that EVERYONE should check out.

Plans for the summer? And we have to ask, will we see you in Australia? I want to go to OZ but no plans this summer.  I am waiting for someone to send me there because I havent been in a few years now and I LOVE riding in OZ.  Only have a good experience there.

Thanks for your time again Louie, always great chatting. Anything else you wish to add? Naw thanks for doing this with me. Follow me twitter.com/louievito and check out my 686 signature series outerwear, my signature spy goggle!!