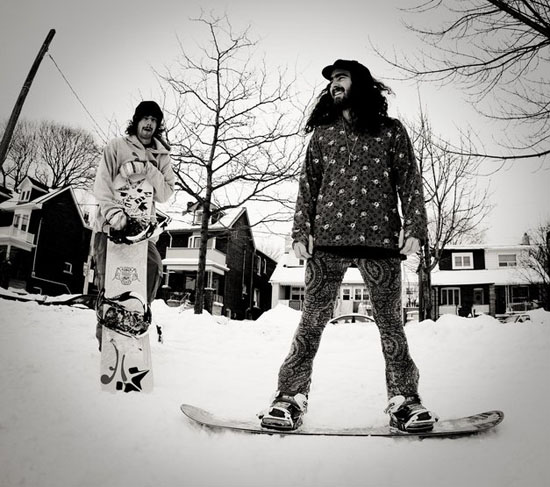 Freedom and expression are two words that come to mind when I try to define snowboarding. And there aren’t many who can express themselves on a board with more style than French Canadian ripper, Laurent-Nicolas Paquin. Laurent, or LNP as he is commonly referred to, is one of the worlds most innovating snowboarders today. His rail riding and creative expression has seen him become a well respected rider in the eyes of many. Snowlife checked in with Laurent to get the latest on his season, the insight into his fashion and influences in his snowboarding.

Q / Your name is Laurent-Nicolas Paquin but most people know you as LNP. Some even call you Larry, what do you prefer to called? I prefer Laurent or Larry, I don’t like LNP.

Q / Rome SDS seems the perfect fit for your personality and you have been riding with them for over 5 years now, what’s it mean to be with a company like Rome versus a company like Burton? I’m backing Rome hard man, it’s a small company and I know everybody. From Georges who does all the gloves stuff to Cavan my TM. Brands like Burton have so many employees that you’ll never know who you’re talking to if ever you talk to them. 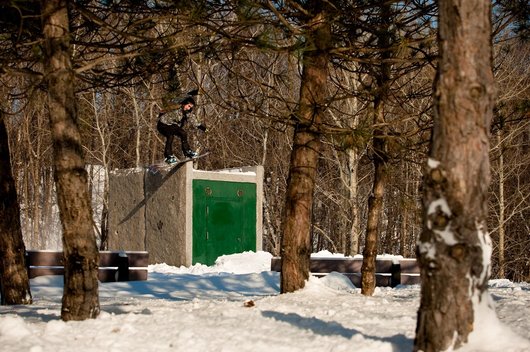 Q / Your outerwear sponsor is Holden, they make some pretty chilled gear – how involved do you get in the design process? This year I got my own signature fit, which are pretty tight jeans looking pants. I love Holden it’s the best, Mikey next year wants me to design a jacket and pants…it’s not 100% sure yet.

Q / This brings me onto your fashion sense, it’s unlike anyone else in snowboarding and you like it that way, right? Well it all depends how you look at it. We’re a lot wearing leather jackets and skinny pants, or riding with jeans. The thing is everybody is different and rides differently, so it makes everybody look different. TRJJ is not backing it for some reason…but whatever.

Q / Riding rails in tight pants, what is your secret? There is no secret really, It’s how I dress skateboarding or walking in the street. It’s comfortable and I’ve been wearing that for years now so I love it. I love how it looks too.

Q / Where you grew up has a lot of to do with your riding style today, are rails just more fun and more accessible than backcountry or is it the skateboarder in you? Well I was born in a little city that was covered in snow every winters and our resort are pretty small and icy. So when we first started filming the big thing was to not be at the resort so… we only had a city… so go to the city… and I’ve been doing that for ever now… so I love rail and think about hitting rails 24/7 that’s all. 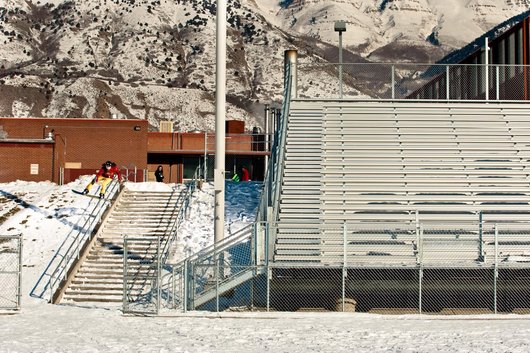 Q / You’ve been regarded as one of the most innovative rail riders in snowboarding today, what drives your creativity to ride with such innovation? Just fun, whatever seems fun… it sounds super cheesy to say… but it’s the truth anyway. Sometimes scaring yourself a little helps… like doing gnarly shit.

Q / Where in the world is your favorite place to ride rails? Anywhere you don’t get bust and there is new spots. People would think Quebec, but I’ve been there forever so It gets hard to find new stuff… gotta say that Minnesota is rad… people and spots are A+.

Q / Street riding is a very unfamiliar concept in Australia – in fact its pretty much non-existent. What are the challenges in riding the streets? There is a lot of challenges, building the spots, shoveling the spot, getting busted. Also in the street, nothing is perfect shaped like in the park, there is always consequences.

Q / You were part of the Rome team shooting the Transworld Team Shoot-out, how did you enjoy that experience? It was really hard, it looked all cool but it sucked kinda. We had to snowboard from 6 pm to 3am for 7 days, that means waking up at 2pm. So we got pretty weird after a few days. It was like riding on concrete cause it was spring but at night it would freeze. 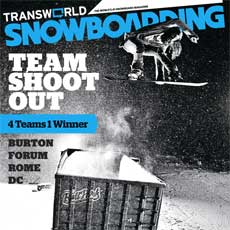 Q / How involved were all the riders in setting up the Team Shoot-out shoot? A little, we decided the setups, but all the lights and camera angle was all the media dudes. We rode – thats about it haha.

Q / Rome ended up winning and you got the cover shot, but it was only one of four for your season. How (if at all) does riding change with that level of exposure? None, I’m just hyped that mags are diging what I do. It feels cool to have a cover, my parents were hyped.

Q / Tell us more about your skateboarding, because it is actually still a bit part of your life, right? I’ve been skating for as long as I was snowboarding, so summer is skating and winter snowboarding.

Q / How (if at all) does skateboarding help you become a better snowboarder? A lot, I loved the whole freedom about skating, that you can just ride on everything in the street that you want. That’s what I try to do snowboarding, I guess some people aren’t backing it. I have a hard time understanding why, I love watching people shred pow… think it’s amazing. I also love to shred pow, filming it is harder that’s why you don’t see me a lot doing it.

Q / Being a rail rider there wouldn’t have been much lure to get to Australia to ride, any plans or hopes to in the near future? We still have some way fun hills! I like to jump off cliff and do some powder, shred the hills would be rad and I love to travel so I would love to go to Australia… skate maybe!?!

Q / What do you like most about filming with the Videograss crew? You guys seem to have a heap of fun. It’s a no stress crew, nothing is ”too small, too stupid, not snowboarding enough”. So it’s just shredding with friends having a good time, doing hammers!

Q / Have you had much chance to work with Aussie filmer Jan Snarksi with Videograss? Yeah, hands down the most amazing Australian dude. I’m backing my boy Jan 120%. He owes me a 6 pack though, he’s a heavy drinker and so am I.

Q / Plans for the rest of the 2010 season? I’m in SLC right now, it’s March and I’m on a clip rampage… trying to get some sort of part after 3 month of doing nothing with a broken back. Next winter, Rome is making a Vid so I’ll film for that… gonna try to do a little VG trip so I can have a little cameo in there. Trying to not hurt myself for sure.

2 Replies to “Laurent-Nicolas Paquin: The Interview”