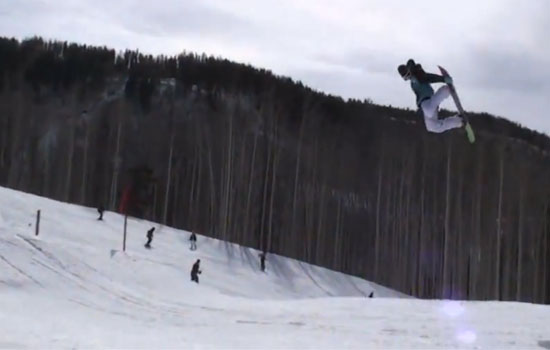 Over the years I have been fortunate enough to speak with a heap of great people doing great things in Aussie snowboarding, one such person is Jeremy Burns. I’ve caught up with Jeremy (or Jez as he is commonly known) on a few occasions over the years and there is no doubt he is keeping busy and keeping snowboarding at the forefront of everything he is doing. Whether it is keeping your finger warm, grooming your parks or just shredding with friends, Jez is definitely one of those guys putting in the hard yards for Aussie snowboarding – and loving every minute.

Basic background – How many years have you been riding? Where you from and what is your home resort? I started doing 1 week holidays when I was 13 with my parents at Falls Creek. When I was 16 my parents gave me a bunch of time off school so I could get a job down here as a snowboard instructor. In 04′ I spent 6 weeks of the season teaching part time in Falls and the rest I was back home in Newcastle at school. After that experience I knew that as soon as I was done with school I wanted to start doing seasons. So Falls Creek is definitely my home mountain.

What is your favourite resort outside of Australia? Do you spend much time riding overseas? I’ve been based in Beaver Creek for the last four seasons, which has been awesome and allowed me to ride a lot of Colorado. I can’t wait to explore a bit more of the world this summer.

Name one country/city/resort you haven’t rode yet that you are killing to get to? Bear mountain would be a treat! Also, some day I’d love to grab a few cliff bars and spend some time in Alaska with Jeremy Jones. Haha!

What has kept you busy so far this Aussie season? Been pretty flat out just working in the park here in Falls Creek along with plenty of Radical! Gloves stuff to get prepared for the future. 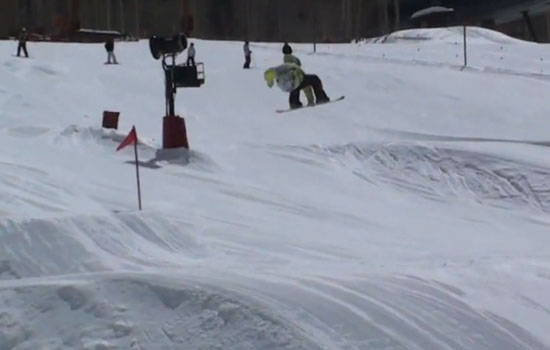 Do you compete much? No I haven’t competed that much, maybe 5 or 6 contests in total which have proven to be surprisingly successful. Slope-style and Big Air are definitely my favourite though!

What work have you done with Ollie Pop Films? Noticed a nice shred clip floating around put together by that crew. I’ve had a little bit to do with Ollie Pop over the past few seasons as one of my buddies actually runs it out of Falls Creek. My most recent clip I actually put together myself. However, Ollie Pop have helped Rad! a fair bit in the past and we’re going to be doing a bunch of edits this season too.

How hard is it to get recognised as a rider in Australia versus overseas? Fortunately here in Australia we’ve got a pretty tight shred scene with a lot of easy going reps that are willing to give up and comers a go. This works well for amateurs like myself to get recognised. In the States for example, I feel that your riding has to be at a much higher level. So for the Aussie big dogs like Robbie Walker and Ryan Tiene to be on international teams and film crews is just awesome, those boys are killing it!

What is your favourite terrain to ride? Park, pipe or powder? Any park shred is fun shred but the park will always be there so nothing beats messing around in the pow!

You run a company we are all familiar with – Radical! Gloves. How do you find managing your commitments for the company versus the desire to just get out there and ride? Luckily my day job in the park gives me a bit of time to ride anyway, but on a day off I always try to shred as much as I can because I think it’s really important. I must admit though it is a bit tricky trying to juggle business and pleasure. It’s hard to prioritise between two things that you love doing.

What does the rest of season 2010 hold for you? Definitely lots of shoveling and raking, tonnes of shredding and getting Radical! Gloves prepped for the SIA Trade Show!

Any shoutouts? Shoutouts to the Falls Creek park crew, the FCA, all my Rad! shreds, my family and my babe girlfriend! 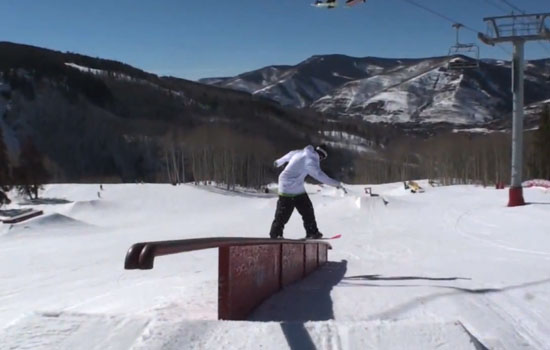 One Reply to “Talkin’ to Jeremy Burns”