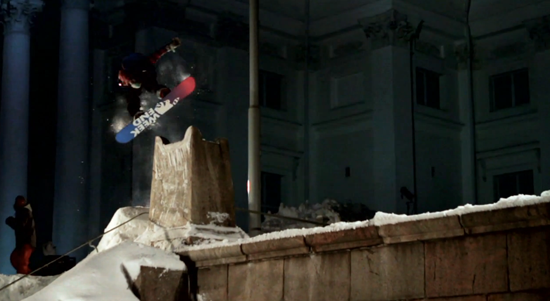 You just can’t go past a film made by the People Crew, quite simply they are awesome. For those who don’t know them check out here to open you world! For those who do, get excited for People’s 2011 release ‘Good Look’. They have just dropped their teaser and it’s looking up to their usual standard of course.

Check out the trailer here. There wasn’t an embed option darn it!

And a quick word from People:

People is back at it again with our 2011 release GOOD LOOK. Filmed in HD digital video around the globe and showcasing the most progressive snowboarding from individuals with heart and personality, GOOD LOOK is: JP Walker, Eero Niemela, Eric Jackson, Joe Sexton, Simon Chamberlain, Shaun McKay, Lauri Heiskari, Heikki Sorsa, Aaron Biittner, Torstein Horgmo, and friends.