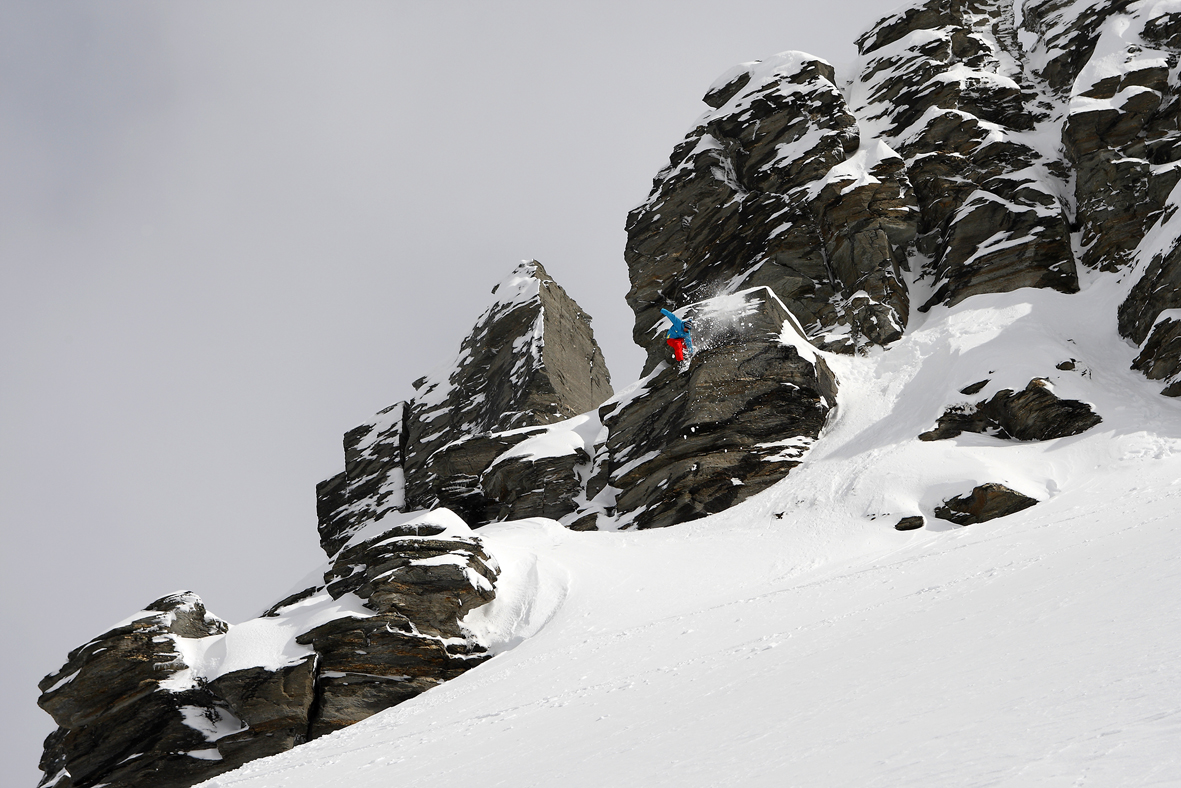 The 2010 Rip Curl FreeRide Pro and ThrowDown will host an array of elite athletes.Including former Olympic snowboarder Andy Finch (USA), one of the world’s most exciting young snowboarders Nate Johnstone (Mona Vale, NSW), and renowned free-snowboarding Olympic participant Mitch Brown (NZ), boosting the its prestige as one of the premier events on the Australian Calendar.

In its fourth year, the Rip Curl FreeRide Pro and ThrowDown is a distinctive ski and snowboard event that runs during the prime winter dates of August 17-19 on some of the nation’s best natural terrain at Thredbo’s famous “Bluff” run.

“The use of natural terrain as opposed to man-made courses gives a rider the freedom to show how creative they can be with a mountain. I think it takes more natural skill because it is not something you can really train at,” stated Finch.

Finch placed 12th in the half-pipe at the 2006 Torino Olympics for the USA team and was inaugural champion of the 2007 FreeRide Pro. He returns for the first time since the event’s debut and is back to defend his title against new talent from Australia and abroad.

“I’m really looking forward to this year’s event and getting a good line down the face. Any crazy tricks really depend on how soft the snow is, but I like to ride the mountain as it comes to me, like a video game. I’m all about the natural terrain!” said Finch.

New talent in Finch’s sights is one of the industry’s most exiting young snowboarders, Nate Johnstone. Johnstone qualified for the half-pipe at the 2010 Vancouver Olympics but was forced to withdraw after a devastating training accident resulting in a fractured left fibular. As the 2008 and 2009 Rip Curl FreeRide Pro Champion, he is eager to pull on a competition vest and hit the ‘Bluff’.

Skiers Chris Booth (Cronulla, NSW) and Jordan Houghton (Jindabyne, NSW) have also signed up for the 2010 Rip Curl FreeRide Pro. In the women’s fields, Thredbo’s own Wiki Jones will be competing in the Open Snowboard and Mt Buller’s Pip Sparrow in the Open Ski.

Run in conjunction with the FreeRide Pro is the ThrowDown Invitational. The ThrowDown is a specialty event held on the Wednesday from 6pm at the base of the mountain at Thredbo Village under lights. The exhibition of extreme ski and snowboard talent to the tunes of a DJ attracts a significant crowd creating a festival-like atmosphere.

The Thredbo Terrain Park Crew custom design and build the ‘one-night only’ big air structure, and the annually changing features grant it a unique status. The event is held as a free running session where invited participants hit the jump as many times as they want in a two-hour period, to try and land their most exhilarating tricks for a ‘rider-judged’ result.