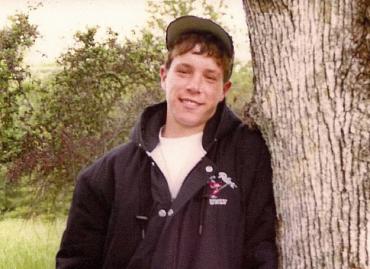 The parents of a fallen snowboarder are putting up $20,000 in reward money to inspire the design of a positive-release snowboard to save lives.

Prizes of $10,000, $6,000 and $4,000 will be awarded to the winners of a competition to invent a “practical, low cost, reliable, positive-release snowboard for powder conditions.”

Bob and Cheryl Zider are also offering the “Chris Zider Award,” two $15,000 scholarships for high school sophomores, in an award named after their son, who died in a Tahoe snowboard accident when he fell headfirst in powder, could not get out and was smothered.

“We can’t bring Chris back, but we can help to encourage good kids who try hard,” said Bob Zider. The scholarships are unique in that top-level achievement, athletic excellence and grades are not required; instead, they will recognize youngsters who strive to surpass expectations.

Zider, a Peninsula resident, was provoked to action after reading a series of stories in The Chronicle that described how more than 15 snowboarders have died since the Christmas holidays, most in the same manner as his son.

“It’s time to build a better snowboard binding,” Zider said. “The device I’m looking forward to has to be positively activated on demand by the boarder.”

Zider followed up in an e-mail: “While snowboarding is generally seen as no more risky or dangerous than skiing, the risk of death goes up exponentially in avalanche or tree well accidents due to the fact that the board is rigidly attached to the boots, and the boarder is often unable to reach his boots to release in these conditions. Most die of suffocation as a result.”

Zider’s crusade, reward money and the likelihood of new designs could transform an entire industry worldwide. For information, go to: chrisziderscholarship.org.