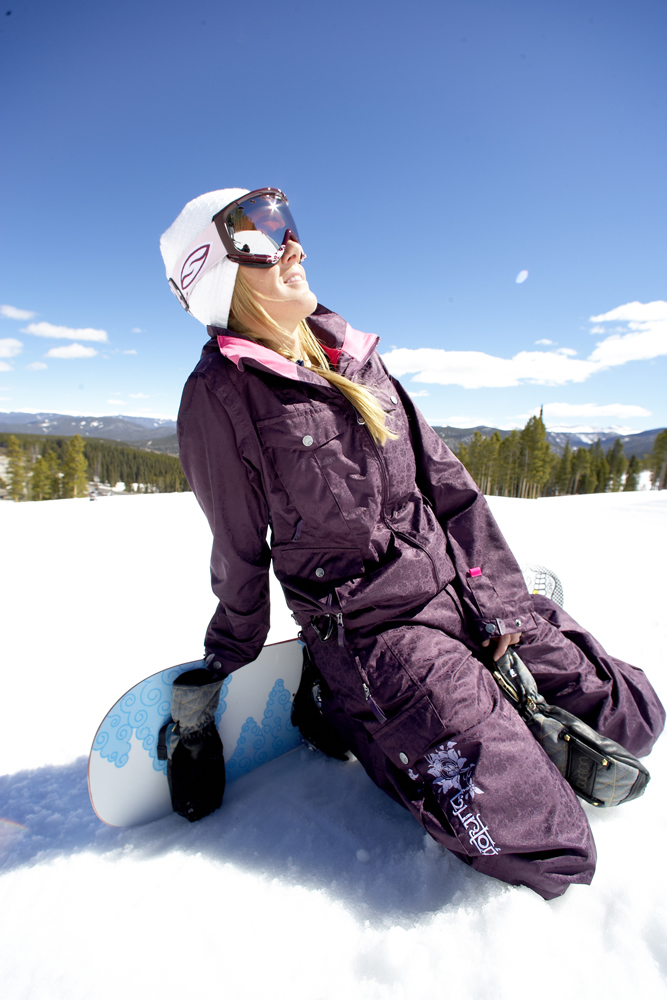 Snowlife caught up with 23 year old Carissa Comp to talk competition, filming and girls making an impact on the world scene.

SN: You were on the skis pretty much as soon as you could walk, what made you change to snowboarding?
CC: The switch to snowboarding was super difficult however I can give all the credit to my older brother who started snowboarding far before me and encouraged me all the way to make the switch.

SN: Some of your other hobbies include wake boarding and rock climbing, your a very outdoors person aren’t you?
CC: I have grown up being involved in all sorts of outdoor sports I don’t ever remember not being  active outside.

SN: How did spending your winters working at ski resorts help you develop your riding? Was it the exposure, the people or simply more time on the mountain?
CC: By working at the local ski resort i began to become friends with tons of guys that were much better riders than i was this always encouraged me to try and keep up with that said also being on the mountain everyday after school riding  my snowboard became so natural for me.

SN: At what point did you decide to ride comps and what was your motivation behind this?
CC: There was never one day when i got up out of bed and decided to compete. I was at Stevens pass with my brother and father when I competed in a boarder cross that wasn’t my thing so shortly after a started to be involved with slope style and rail jams.

SN: At that stage, was there many female divisions in pro comps? How does it compare to today?
CC: In the northwest there was very few contests for me to compete in because there was so much traveling involved in competing on the USASA circuit so I only rode in local rail jams which barley ever had a girls division.

SN: Tell me about the challenges of being a professional female rider when you first started to ride pro?
CC: Many companies tend to put there female athletes on the back burner it was always hard to stand up to the level of acknowledgment that the men were at.

SN: Do you still compete?
CC: I do still compete when it fits into my travel schedule, I have been super busy working with Roxy and filming this season.

SN: Tell me about your training regime?
CC: I spend every day on the hill riding the park and pipe or powder but also have been working with a strength trainer to keep my body strong.

SN: One of your goals in this sport is to inspire young girls to ride, tell me about this passion you have to build the industry for girls and increase the girls rep amongst all riders?
CC: Growing up I felt I never had a female athlete in the sport to look up to I was always surrounded by men. That always pushed me to be my best but never felt it was  a super positive way to be learning the sport. I have very recently been very involved with Roxy an all woman’s company that is now making skis and snowboards on top of winter apparel, this has given my the opportunity to be hands on with encouraging other women to get out there, be active all in a very friendly environment. Nothing beats having a girl that has been there to help you learn the sport and give you tips on and off the hill. I am working to make the snow sports industry inviting to all girls no matter there level/experience on the hill.

SN: Do you believe girls are getting more respect on the mountain today?
CC: Yes with out a doubt girls in the industry are making a huge impact and with lodes of all women’s gear available now it is more apparent than ever.

SN: Do you believe guys and girls should ride comps in the same division or do you believe is the separation?
CC: Separation in the divisions is a good thing in the comfort level for the girls as well as the fact that women’s body’s are built differently and do have very different capabilities at all levels.

SN: Torah Bright has really paved the way for young Aussie girls to take it to the world, do you come across many Aussies in your travels?
CC: Torah is our top athlete for Roxy and absolutely kills it, there are many others on the circuit that are amazing athletes as well Aussie women seem to be very involved in the industry.

SN: How do the Aussie girls stack up against the rest of the world?
CC: With Torah being one of the most visible women athletes in the world right now Aussie women are getting a ton of exposure. Just take a look at the X Game footage Torah won second place and had the most on air coverage over all of the other  female athletes.

SN: Lets talk about progression, snowboarder progression is at an all time high, how have you seen the girls stack up against the guys over the years?
CC: There used to be a major difference between women and men as far as ability level but i feel the gap is starting to close in. Hopefully soon there will be no gap what so ever.

SN: Your own personal progression has seen you move more into Superpipe over recent years, how is this coming along?
CC: I absolutely love riding the superpipe it is going better than ever and I have been able to see what a difference strength training has made. I would encourage all women to work on their strength it will only help us to go as big as the men are .

SN: What are your plans for the remaining months of this winter?
CC: I have a very full travel schedule and am looking forward to the chance to explore all of the mountains I visit, it has been a great snow year for us and I am taking full advantage by riding and filming in the back country.

SN: Going to come ride Australia in the southern winter? Have you ever ridden in Oz?
CC: I unfortunately have not had the opportunity to ride there yet but I would like to see how soon I will be changing that, in the past i have spent the summers here at Mt hood in Oregon. I’m keeping my fingers crossed.

SN: Any last words?
CC: Thanks so much, and good luck to all of the girls out there getting into snowboarding.

One Reply to “Carissa Comp Interview”