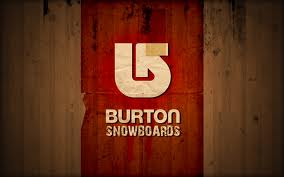 Today, over 300 Vermont-based employees of Burton Snowboards, members of Burton’s pro team, media and friends gathered at the company’s new state-of-the-art prototype facility to officially open and dedicate the space to the late snowboard icon Craig Kelly. By far the most sophisticated R&D facility Burton has ever built, the new space is simply called ‘Craig’s’ and is located right next door to Burton’s global headquarters in Vermont. Craig’s is where Burton can take rider feedback, build a prototype with homegrown custom machinery and then take it on snow the very next day.

“Craig Kelly was an engineer at heart, and one of the big reasons he chose to ride for Burton back in the late eighties was because he saw how committed we were to R&D and taking snowboard technology to the next level,” said Jake Burton, Founder and CEO of Burton Snowboards. “During the 15 years that he rode for Burton, Craig had a huge impact on snowboard design, technology and the sport as a whole. So it was an easy decision to name the new prototyping facility after him. I think that Craig would be proud that every new board that comes out of our new R&D space reflects his spirit and legacy.”

With over 10,000 square feet and housing the best of Burton’s high-end, custom-built machinery, Craig’s represents a huge investment in snowboard R&D. Although capable of producing thousands of snowboards, Craig’s is purely dedicated to R&D and will only build a handful of experimental snowboards a day. At Craig’s, Burton engineers can experiment with new ideas and feedback that constantly flow intoBurton from pro riders, engineers, dealers and customers. Not only can Craig’s create a new board in a matter of hours, there’s also a rapid-prototype machine that allows engineers to build a plastic binding part overnight and test it on snow the next morning. Craig’s also features a machine shop, so engineers can create and test custom tooling parts and manufacturing processes, which is critical to evolving Burton’s manufacturing techniques around the world.

After today’s dedication, Craig’s, which is located at 152 Industrial Parkway in Burlington, Vermont, will be open to the public for scheduled tours. During these tours, visitors can check out the whole R&D facility by following ‘Craig’s Trail’ to watch Burton development in the making. Craig’s Trail will also lead visitors to  ‘The Barn’ where people can take a self-guided tour of archived photos, products and videos from the first 30 years of Burton’s history. Inspired by Burton’s original Burton Manchester offices and featuring its actual original sign, the Barn is a key hallmark of the new facility. Finally, Craig’s features a walk-up warranty window, where Riders can bring their gear and interface directly with Burton’s warranty crew.

To learn more about Craig’s, stop by for a visit or check out this video at: http://www.youtube.com/watch?v=yOUbzwmtP-A.