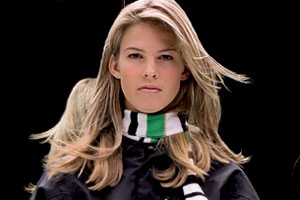 Australia’s most recent Olympic gold medallists Torah Bright and Lydia Lassila were reunited this week for the first time since the Vancouver 2010 Winter Olympics. 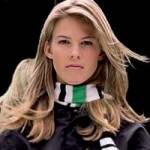 The pair were guests of ESPN at the annual ESPY Awards at the Nokia Theater in Los Angeles.

The ESPY Awards are a glamour annual event that combines the biggest names of sport and entertainment.

As well as the red carpet and parties their are also awards. Sportsbroadcasters, writers and TV executives vote across the various categories.

Lassila and Bright stayed in Hollywood through the week of the event and enjoyed the sights and sounds that the famous strip has to offer.

“I just enjoy the people watching,” Bright, who has attended for the last three years, said.

Lassila who was seeing the ceremony for the first time was impressed by the scale and magnitude of the presentation.

“It’s great to be able to mix with so many American stars of sport and celebrities.”

ESPN will air the 17th version of the awards in Australia on Sunday night.