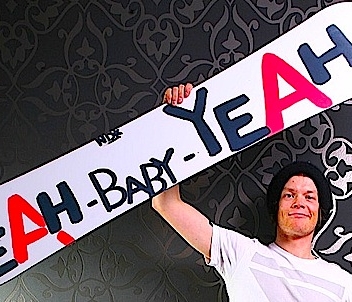 With all the hype currently surrounding the Olympics it is easy to forget there is a whole world of snowboarding happening elsewhere. Sure the Olympics might hold some high regards but it doesn’t always mean riders are jumping to get there.

Antti Autti is one such rider who recently officially announced he passed up on an offer to represent Finland in the Olympics to chase the powder in Japan instead.

In the beginning of the season I really wanted to compete there, but after my crash at Copper Mountain I was thinking what I wanted to do with my snowboarding: to do what would be the easiest way and what everyone else is doing or to do something else. If you compete, do well and get your fame that way it’s easy to get stuck in there but it’s hard to get out. So I think there isn’t a much more radical way to do the chance than now. And If you’re just thinking about your sponsors then you’d be entering the Olympics from the wrong reasons.

This doesn’t mean I’m done with comps. I have always wanted to do more other stuff such as filming, and now as I have my own site I want to focus on it 100 percent to do it the best way possible. So yes: I have recovered from my slam. And no: I didn’t leave my place to another rider to show some “athlete spirit”. I didn’t go to the Olympics because I didn’t wanted to. I’m riding now better than ever and having more fun than ever!

Right now I’m drinking my first beer after an awesome day of Japanese powder in Niseko. Things couldn’t be better!”