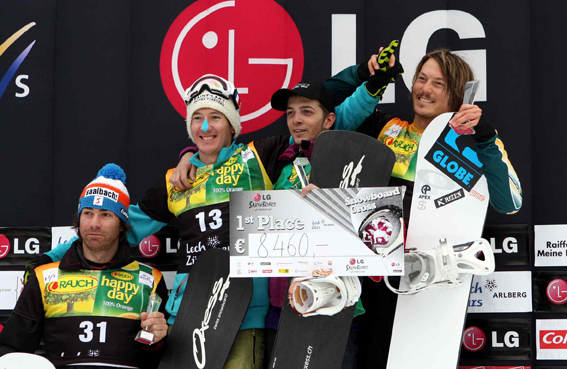 In just his fifth podium finish of his career, Chumpy managed to make a miraculous turn around in fortune after being disqualified from the season opener just 24 hours before. The 23 year old was pipped at the post by Italian Luca Matteotti, who was able to grab the lead from Pullin just before the finish line. France’s Paul-Henri De le Rue was third.

Pullin paid tribute to his Italian rival after the race.

“It was a tough duel but it was lots of fun racing against Luca,” Pullin said.

“I made a tiny mistake and he was there doing everything right. He deserved the win.”

The podium finish puts Pullin 5th in the World Rankings and sees him in good stead to reach his dream of going one better than his World No. 2 ranking last year.

Pullin is now focused on continuing his success when the World Cup circuit lands in Telluride in the United States on December 15.