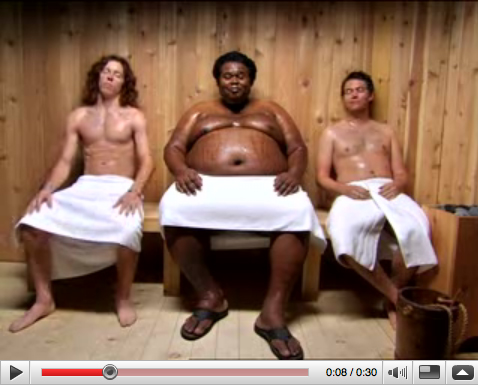 No matter where I am, I always wake up hungry, so my first thought is how am I gonna coax whoever I’m with into making me breakfast. Usually it’s some eggs and whatever else I can get my hands on. I don’t get time to eat during the day if I’m snowboarding, because if you have something heavy and then ride you just feel urgh, so on those days I’ll have a ton of food at breakfast then go without eating until dinner.

At the moment I’m based in Breckenridge, Colorado. I’ve got a little place that’s just tucked into the mountains. It’s great for chilling out, but I’m never in the same place for long, whether I’m snowboarding or promoting my products.

I’m a pretty slow starter in the morning, so if I’m at a contest it’s always a bit of a scramble to get out the door and up a mountain in time for my practice slot. I only do one or two practice runs. I learnt a long time ago that there’s something called over-practice. I perform at my fullest right off the bat, then my performance goes downhill fast because I get tired. On the day of an event my confidence just grows.

I started competing at such a young age that it all feels very matter-of-fact. And I’ve always had the ability to see what a run is gonna be like in my head before I do it — it’s like a muscle memory. But, jeez, I take crashes all the time. Recently I’ve chipped a bone in my ankle, torn a ligament in my thumb, and almost taken my face off.
Related Links

It’s easier for me to land a run in front of a crowd if the pressure’s on. So when it came to the Olympic final and I’d already won the gold, I didn’t actually have to do another run. My coach said: “If you’re gonna do it, you’ve got to nail it.” So I really focused and pulled it off.

My friend Gabe’s looking after my medal at the moment, and the other one [from 2006] is at my parents’ house. Everybody knows I’m so forgetful I’d probably leave it somewhere. I’ve gone through four a half ball, with a band around my leg, which I have to keep taut while somebody throws a big heavy ball at me. It must be hilarious to watch.

Though I’m living in Colorado now, home is California with my family. And when I get a chance to go back, I always go talk to my neighbour, who has young kids. He just listens and helps me to put everything into perspective. I love being in the sun there. I don’t actually like being in the cold — I get stir-crazy in small mountain towns. I like to show up, do the sports and then run away instantly.

Growing up, I was this horrible child. I would ski but I wasn’t allowed the poles because I’d hit or five phones in a month. I just zone out. If I have time for lunch I’ll try to make someone else decide what to eat, even if I’m starving, because I don’t like making decisions, and I’m always with a group, but it’ll be something quick and easy. California has In-N-Out Burger — you think you’ve had a burger and then you go there. It’s like fast food with everything really fresh and healthy. If I don’t eat well, I don’t feel good. I do such gruelling sessions that I need the energy, and if I just pound a bunch of french fries, it never works out.

Wherever I am in the world I’ll try to get to a gym and do balance work. It’s usually me on one foot, on people with them. I had so much energy and didn’t know what to do with it, so I was getting into trouble. My parents thought putting me on a snowboard would help. I’d been begging to do it because my older brother Jesse had started and

I had to do everything he did. There wasn’t any rivalry — by the time I went pro at 13, Jesse had already quit, but he was always there for me to bounce ideas off. He now designs the artwork for all my products. First it was boards, then boots, helmets, jackets… it just keeps growing. He’s such a talented guy.

On a down day, depending where I am, I’ll go skateboard, surf or play some guitar, just something normal and mellow. I take my Les Paul with me everywhere. Playing music feels like learning a special language and I want to get good if it kills me.

These days people recognise me, so some things can be difficult.

I can’t do simple things like helping my mum shop for groceries because I’m approached by people. That’s why I spend a lot of time in LA, where there are so many celebrities that nobody really cares. It’s like, “Oh, there’s that snowboarder — but no, wait, there’s Tom Cruise!”

Usually for dinner I try to go somewhere fancy, because I’m not so much of a cook. I like to sample everything, so I’ll get the steak and talk somebody else into getting something a bit wild in case I want a bit of that. But my friends are now savvy to this, so I can’t get away with it so much.

I can never sleep. I’ll crash out about 1am but I won’t sleep until 2 or as late as 4, because I have so much going on in my head. The night before a competition is the worst, because I’m contemplating what I want to do, and when I’m trying to sleep everything seems tougher than it really is. But eventually I’ll drop off, and just hope I don’t have to get up too early.

One Reply to “A life in the day: Shaun White”