Shaun Roger White popularly known as Shaun White is an out and out superstar of the sport. He is a professional snowboarder and skateboarder, winner of Gold medal twice in Olympics. He has his finger in many pies and its mind boggleing the things this cat gets up to each year.

Being the end of the year, we thought it would be cool to highlight some of the things Shaun White has been up to in 2010. 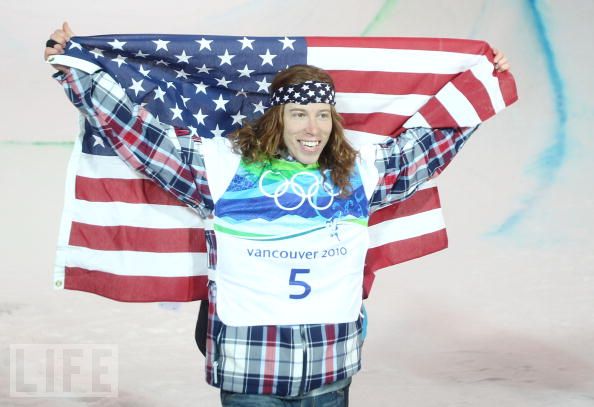 At the 2010 Winter Olympics in Vancouver, White again won gold in the halfpipe and etched himself into history proving once again that  he is the best half-pipe rider in the world.. In the finals, White recorded a score of 46.8 on his first run, which proved a high enough score to secure the gold medal without a second run. He performed his second run anyway, as a victory lap, ending his run with a well-anticipated Double McTwist 1260 which he named The Tomahawk. This second run resulted in a record score of 48.4 (50 is the highest possible score) enlarging his margin of victory. His nearest competitor won the silver with a points total of 45.0, 3.4 behind White. 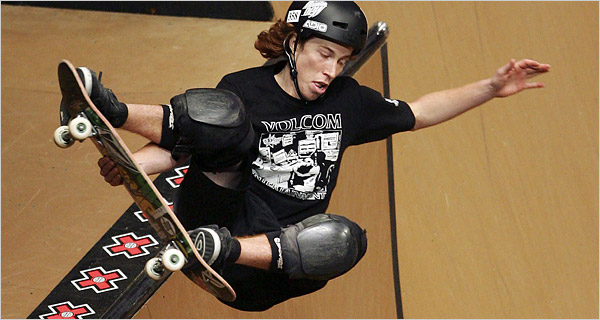 In October 2010 amid his busy schedule, Shaun White found time to borrow Tony Hawk’s demo ramp in the Paramount Lot in Los Angeles for an impromptu shred session.

3. Catering for Athletes and Gamers

While he continues a jam-packed competition schedule, the athlete known for his unmistakable shock of red hair is also exploring his creative side in film, video games, and apparel and outerwear lines. He shows no sign of letting up on the competition, taking on the world in contests leading up to the 2010 Olympic Games. With the possible addition of skateboarding to the 2012 summer Olympics, it appears that Shaun could again make history by competing in both the winter.

4. Get’s his Downunder on

Shaun White hits Australia and to add up to the surprises ,what was the first thing he does when he gets off a long-haul flight to Australia? Of course, he went for a skate at the park on the iconic Bondi Beach dressed up in hippie bandana and white shirt.

5. Even a Ramp doesn’t stop him

Dew tour Championship will be held in October in Vegas and he’s coming off back-to-back wins on the ramp, and for the first time in Dew Tour history, the Vegas championships will offer a 50 percent increase in points…meaning a win will give the rider 150 points, instead of the usual 100, and so on down the line.

Shaun White is a superstar, multi talented, and a fantastic businessman. What does 2011 hold for Shaun? Only time will tell!