The season’s third to last snowboard cross and second to last parallel giant slalom of the 2011 Snowboard FIS World Cup are scheduled in a little mountain village located in the Sondrio Province.

From March 17-19, the 2011 LG Snowboard FIS World Cup will make the penultimate stop in Valmalenco, Italy.

While March 19th might bring a decision in the battle for the Parallel World Cup title ahead of schedule for both, women and men, at least the race for the men’s Snowboard Cross Crystal Globe, which sees the fifth competition of this winter on March 17th (qualifiers) and 18th (finals), has never been so close.

After four races, World Champion, Alex Pullin, leads the ranking with 1,770 points. This places the Australian only eighty points ahead of American, Jonathan Cheever, who has 1,690 points. Pierre Vaultier is in third place, a mere 100 points behind the two, and has a very good chance of bringing home his career’s third Crystal Globe.

The event in Valmalenco, Italy promises to be an exciting race since the top seven competitors are ranked within 600 points.

On the women’s side, all evidences suggest that Dominique Maltais, who won three out of the four races so far also placing second in the last sbx, is comfortably leading the pack with 3,800 points. If the Canadian Bronze medalist of the last World Championships in La Molina doesn’t get injured, the 30-years-old career’s second World Cup Globe should be plain sailing.

After the season of Olympic Champion Maelle Ricker came to an early end due to injury, Alexandra Jekova is Maltais’ main rival for the title but the Bulgarian is already far behind having collected 1,960 points so far. 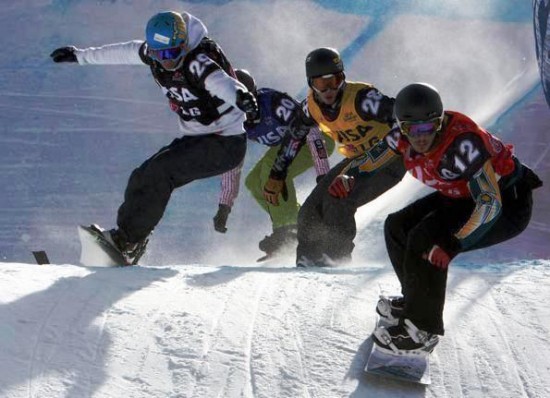