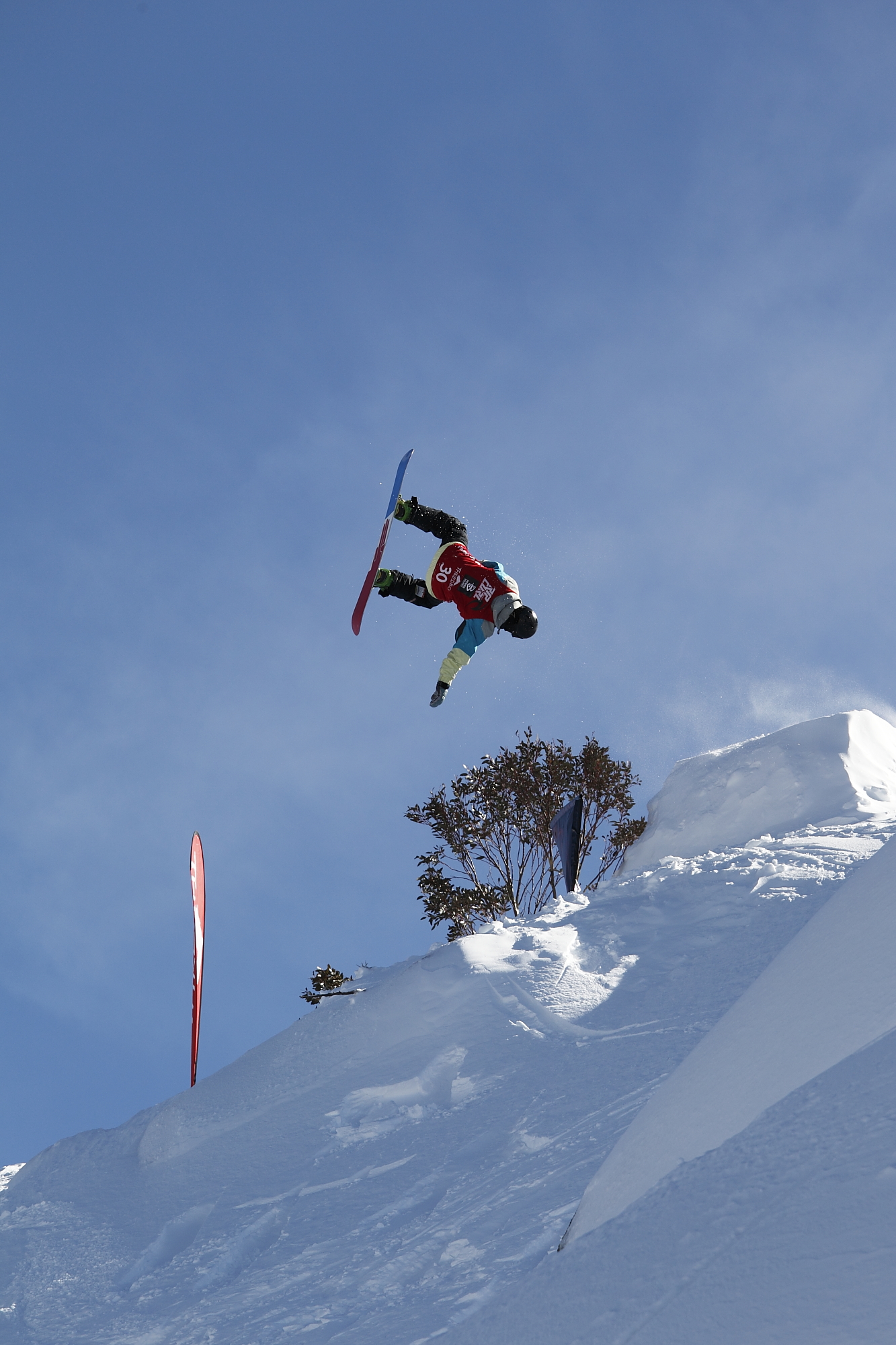 Thredbo turned on perfect weather and perfect snow conditions for the Rip Curl FreeRide Pro today. After a slow start to the winter over 1.6 metres of snow has fallen across the Snowy Mountains in the first two weeks of August, including 15cms in the past 48 hours leading into the event. The expert terrain in Thredbo’s Bluff area, offered competitors plenty of opportunities with the natural rock jumps and wind lips complemented by a number of man-made features and kickers.

The result was some of the most spectacular freeriding scene in competition in recent years. Australia’s best skiers and snowboarders unloading with a variety of tricks including corked 720s, backside 540s and huge front and backflips.

The snow in Thredbo today, a mixture of dry fresh snow and light windblown powder provided the competitors with soft landings that encouraged the riders to go for it.

The finals of the junior ski and snowboards were decided today while the top eight open men’s and women’s qualifiers from today’s rounds will compete in the final tomorrow The judging criteria encouraged a mountain riding, speed and flow critical elements as well as the technical difficulty and size of the tricks. The open men’s ski and snowboard set the standard with New Zealand Olympian Mitch Brown qualifying first in the men’s snowboard ahead of local Thredbo rider Peter Long. Ben Mates, Australia’s Olympic half-pipe finalist qualified third. In the Open Ski, Mount Buller’s Watkin McLennan was the front-runner, ahead of Thredbo skier Jono Lipzker. Jindabyne skier Scott Kneller, another member of the Australian Olympic team, qualified third.

There are plenty of other big names among the open finalists including US Olympian Andy Finch, Australia’s world cup half-pipe rider Nate Johnstone in the snowboard and leading Australian freeskiers Chris Booth (Sydney, NSW) and Jordan Houghton (Jindabyne, NSW).

The top eight finalists will be joined by two Power balance wildcards, one in each category, who the judges picked based on going particularly big or landing a major trick. Kieran McLaughlin (Falls Creek, VIC) is the snowboard wildcard and Kristopher Evan (East Jindabyne, NSW) the ski.

The juniors showed Australian skiing and snowboarding has a strong future, taking aggressive lines through the terrain and throwing down some massive moves. In the boys Henry Maxwell won the snowboard and Hamish Young the ski. Alex Fitch won the girls snowboard and Renner Connor the ski.

The open finals are scheduled to start at 9am Wednesday morning and the winners should be decided by midday.

The Rip Curl ThrowDown competitors will be announced tomorrow, invites are limited to those snowboarders and skiers with the ability to push the boundaries on the purpose-built park.