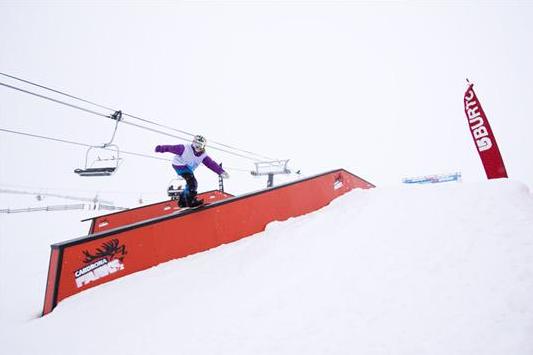 The Burton New Zealand Snowboard Open (NZO) is pleased to announce that the 2010 event will again be hosted at Cardrona Alpine Resort in the Cardrona Valley of Wanaka NZ from August 10-14, 2010.

After a hugely successful return to Cardrona in 2009, the Burton NZ Open is set to raise the bar once again while leaving its mark on the global snowboard scene.

“We are stoked to again host the Open at such a great resort,” says event manager Reuben Yeoman. “The team at Cardrona is 100% behind this event, and their commitment to snowboarding was evident last year. The combined effort is providing riders with the facilities and formats they require to perform at their best, and it’s great to be a part of such a progressive event and global series.”

The first stop of the Burton Global Open Series and also a 5 Star event on the Swatch TTR World Snowboard Tour, the Burton NZ Open will again take Wanaka and the Cardrona Valley by storm. Full event details, including a comprehensive contest and entertainment schedule will be published soon. All updates will be available on www.opensnowboarding.com, where the 2010 New Zealand Open website will launch in the coming weeks.

For more check out www.opensnowboarding.com

Also check out the Burton Australia Blog at seemymethod.blogspot.com