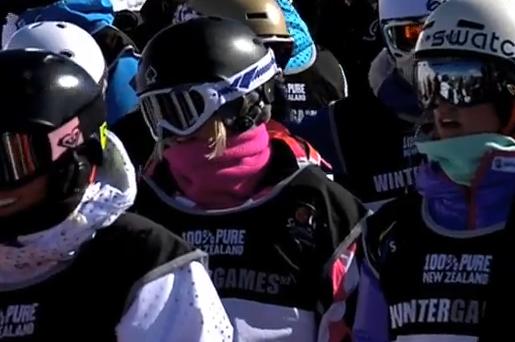 New Zealand is once again leading the way in the evolution of competitive snow sports with the announcement that August’s 100% Pure New Zealand Winter Games will feature dual sanctioning between TTR (Ticket to Ride) and FIS (Federation International de Ski) for snowboard events and FIS and AFP (Association of Freeski Professionals) for free ski events. The event will also feature the first ever FIS sanctioned freeski big air event.

New Zealand was instrumental in getting freeski halfpipe and ski cross events included in the 2014 Winter Olympics following the FIS Snowboard & Freestyle Junior World Championships in 2010 in Lake Wanaka which marked the first time freeski and snowboarding had been combined at a world championship level.

Now in another world first, 100% Pure New Zealand Winter Games will host a FIS freeski big air event. The inclusion of freeski big air by FIS in its sanctioning programme is an indication of the growing stature the sport is receiving on the elite global competitive circuit. At Winter Games NZ, freeski slopestyle, halfpipe and big air will be dual sanctioned by FIS at Continental Cup level and by AFP at Silver Star level.

In the 100% Pure New Zealand Winter Games’ snowboarding programme, the slopestyle and big air will both be dual sanctioned at TTR 3 level and FIS Continental Cup level.

“New Zealand punches way above its weight in terms of the influence it has had on global competitive snow sports over the last few years,” said Winter Games NZ CEO, Arthur Klap. “What we produced at the junior world championships essentially secured the inclusion of freeskiing into the Winter Olympics and now we’re proud to deliver another influential competition with the first ever FIS freeski big air. This is huge for the sport as it receives official recognition from FIS and is also great for New Zealand given our strong history in freeskiing with such athletes as the Wells brothers.”